1. Examine the picture below taken of Art shortly following his liberation. How old do you think he is? Art is actually 18 years old. The brutal conditions in the ghettos and camps impacted the health of those living there. Study the links below to learn about the conditions in the ghettos and camps and the impact it had on the prisoners. In his liberation photo, Art looks much younger than he actually is at the time the photo is taken. Using the information from the links and the photo write about what might have caused this. Cite specific evidence to support your analysis. 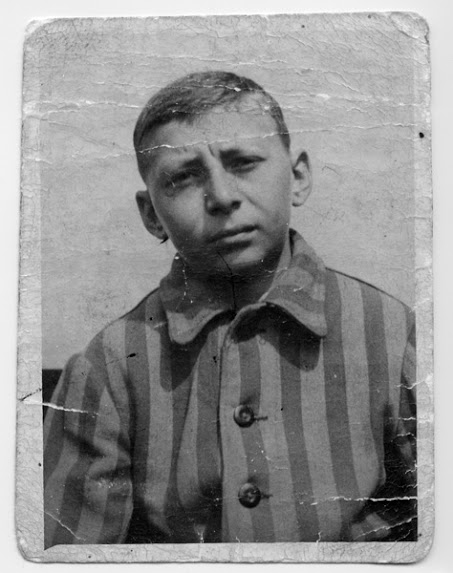 3. Art mentions in his interview that living in the Kovno ghetto he stole some German uniforms to give to classmates who were trying to escape by hiding in neary forests.  How does this action challenge the notion that acts of resistance had to be violent in order to be effective?

4. Art states near the end of his interview: “I don’t carry the hatred for the Germans as I do for the Lithuanians. These were our neighbors and friends and they killed everybody. They did all the killing.” How does the definition of the Holocaust, from the US Holocaust Memorial Museum, which states: The Holocaust was the systematic, bureaucratic, state-sponsored persecution and murder of approximately six million Jews by the Nazi regime and its collaborators, support Art’s statement about collaborators like the perpetrators in Lithuania? How do both of these statements support the fact that the Nazis did not act alone?

5. What does the death march from Dachau in the last week of the war reveal about the determination of the Nazis to control every aspect of the lives of the Jewish prisoners?