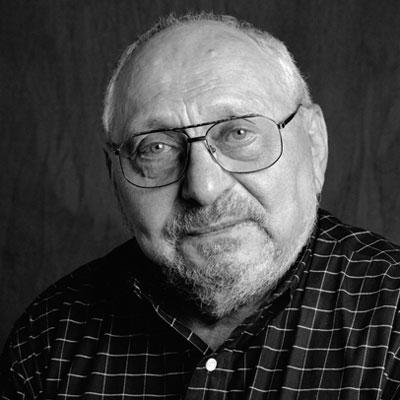 Art Pais was born and lived in Ukmerge, Lithuania.

June: The Soviet Union occupied Lithuania. Art’s father’s business was confiscated by the government, and so his father found a job in Kovno. Art’s father lived with his brother and sister who at the time were university students. Art’s mother and Art soon moved to Kovno to join them.

June 21: Germany invaded the Soviet Union while Art was in a summer camp near the border. Art and the other Jewish campers became German prisoners. Jewish kids were separated from the Gentile kids by Lithuanians (the Gentiles were allowed to go home). After a month the Jewish kids were sent home by the Red Cross.

August 15: Art’s family and other Lithuanian Jews were ordered into the Kovno ghetto (25,000 people) where the ghetto was sealed. Each family was only given one room to live in; the men made to build a nearby airport. Art remembers 500 people taken outside and shot routinely.

September 25: Art’s sister worked in the ghetto hospital; one day she arrived late and the Germans had surrounded it. Art’s sister tried to get inside, but the soldiers would not allow it. They then set fire to the hospital, killing everyone inside – Luck kept the Pais family alive.

October 28: Art recalled witnessing 10,000 people being killed at the Ninth Fort. He recalled that 25,000 were ordered outside and German soldiers directed people to the right and to the left. Half the people were killed.

At age 15, Art volunteered to work with a group of auto mechanics even though he had no experience. He is placed in the stock room and the German officer in charge made Art deliver stolen tires.

November 1: Germans and Lithuanians began to exhume 80,000 bodies as the Russians approached.

March: The Kovno ghetto was evacuated.

July 8: Deportations to Germany began. All survivors from the ghetto were packed into box cars.

July 15: Art’s family was packed onto a train together and arrived at Stutthoff, Germany. Art’s mother and sister were sent to a camp in Stutthoff. Art’s mother was diagnosed with ovarian cancer while in the camp. She would later die after liberation.

July 22: Art, his father, and brother arrived at Camp 1 Dachau and were put to work. They were forced to build an underground factory. Art was selected to run errands for the foreman rather than physical labor. Art was also able to get his father an indoor job. They were fed soup and a little piece of bread each day. 25-35 people died of starvation daily. Prisoners were often forced to beat other prisoners and if the wounds were not deemed sufficient by the German guards, the Germans would beat the prisoner for not hitting the prisoner hard enough.

April 24: Orders were issued to liquidate Camp 1 Dachau. Art’s group was marched to the main camp at Dachau. Art’s father was left with the sick and dying.

April 28: The Death March from Dachau to the Bavarian Alps took place and Art carried his brother so that he would not be shot to death.

April 29: Dachau was liberated by the US Army.

May 2: Art and his brother woke up in the Bavarian Alps to find that the German guards were gone. They were free.

Summer: Art and his brother were taken in by an elderly German couple, then went to an UN camp in Munich. Art and his brother found their father. Art found work with an American infantry company, cooking and cleaning in exchange for food and clothes. After improving his English, Art worked as a translator at the UN camp then went to the U.S. consulate as a translator.

July 16: Art and his brother traveled to the U.S. to come live with their father’s family. The two of them arrived and lived in Chicago. Art’s father stayed in Munich hoping to hear about his wife, Art’s mother. Art got a job in Chicago and went to night school to get his G.E.D. and then went to college.

At 20 years of age, Art met his first wife (age 17) at a party in Chicago. Art and his father-in-law started a business in plastic manufacturing.

Art’s father-in-law died and Art was forced to run the business by himself.

His obituary can be viewed at the link below:
http://www.legacy.com/obituaries/knoxnews/obituary.aspx?n=arthur-pais&pid=179549974&fhid=6411