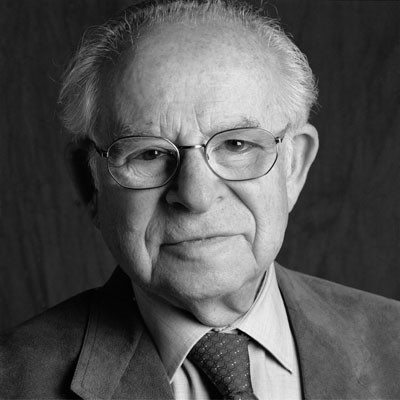 Eric Rosenfeld was born in Seeheim, Germany, a small town south of Frankfurt.

Eric had to leave public school. Hatred was spread by the government, the press, and also teachers. It was picked up by fellow students who would not talk to him, called him names, and threw rocks at him. Eric left public school and went by streetcar to the Jewish school in Darmstadt some 20 miles away.

November 9: Eric, who was thirteen years old, took the train as usual and met other Jewish students from surrounding towns. When they got off the train in Darmstadt, they could see flames in the distance. Students came running towards them yelling that the synagogue and school were burning. Eric later learned that synagogues and Jewish schools all over Germany had been set on fire. He returned home later that afternoon to see a truck pull up in front of the store his family owned. Eight men jumped out with axes and sledgehammers and started to destroy the store.

January 2: Eric’s father was buried in the Jewish cemetery of Darmstadt.

Eric was stopped by a cop, and because he did not have his ID, he was taken to the police station. The police asked him many ridiculous questions, finally kicking him out and calling him a dirty Jew.

August: Eric traveled to Berlin, Germany to join seven other teenagers who traveled with him to Lisbon, Portugal. The teenagers traveled first to Frankfurt, Germany, then on to Paris, France, and finally across the Spanish border at Hendaye; afterward, the teens traveled on to Portugal.

Eric said goodbye to his mother on the train platform in Frankfurt, Germany, and this was the last time he ever saw her.

September 1: On Labor Day, Eric arrived in New York Harbor three months before the bombing of Pearl Harbor and America’s entry into World War II. Eric went to work for a printing company, and he stayed with relatives in New York.

March: Eric’s mother was arrested and later sent to Auschwitz. The 90 children and the director of the orphanage where Eric had stayed also perished in the gas chambers of Auschwitz.

Eric and his brother moved to Chicago to work in a newly opened printing plant.

January: Eric turned 18 years old and was drafted into the U.S. Army. He participated in 17 weeks of basic infantry training in Georgia.

August: Eric and his unit landed on Omaha Beach, two months after D-Day.

April: The 103rd Infantry Division occupied Seeheim, Germany. Eric was assigned to the CIC (Counter Intelligence Corps) and found himself in charge of his old home town. Herr Uhrig, the Mayor of Seeheim, told Eric that his mother was sent to Auschwitz and that his Granduncle was sent to Theresienstadt. Eric took the mayor to his jeep for a ride. The Mayor feared for his life, because the war was not over. Yet Eric spared his life and took the Mayor back to his office in Seeheim. Eric told Herr Uhrig to leave and never return.

Eric and his wife, Eva, began speaking for the Tennessee Holocaust Commission, telling others about their experiences during the Holocaust.