1. In her testimony describing early antisemitic actions by her neighbors, Frida stated, “We couldn’t do nothing. We didn’t have any right to do it.” Read the article “Jewish Resistance” from the USHMM site: http://www.ushmm.org/wlc/en/article.php?ModuleId=10005213. Some people did fight back, but Frida felt unable to fight. What could be some important factors that made Frida and others like her feel helpless during this time period?

2. Frida described the moment of separation from her family upon arriving at Auschwitz. View the primary source document below: a photograph showing the “selection” of prisoners, or determining who would live or die immediately upon arrival at Auschwitz. What emotions or thoughts might Frida have had at this moment in her life? 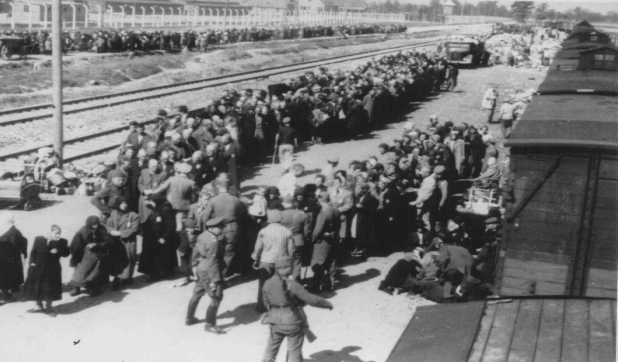 3. Starting at 3:05 in the film, Frida told about the sleeping conditions at Auschwitz. View the still photograph from a film shot at Auschwitz by Russians upon liberating the camp. Examine the details of the photo. What more can you learn about the bunk beds from looking at the photo evidence? 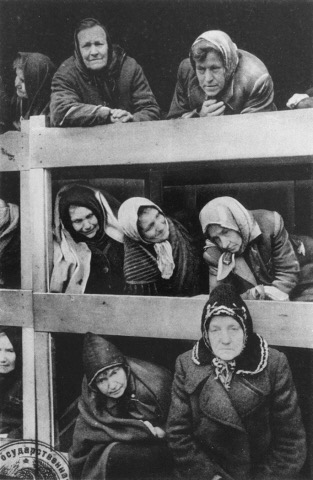 4. Starting at 5:34 in the film, Frida discussed her life immediately following liberation. She described returning to her former home and states, “I don’t know what’s happened.” Consider the differences between communication techniques today versus those available in the 1940’s. Why would reconnecting with friends and family have been very difficult for survivors after the Holocaust? Describe the challenges they would have faced relating to communication with loved ones.