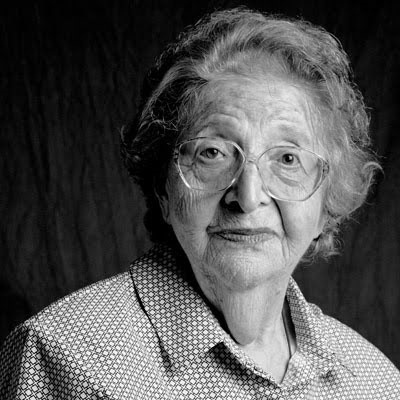 The family doctor, who happened to be a Nazi, told Hanna’s father that he needed to close his hardware store for the day. The young soldiers that came apologized to him because he showed them the Iron Cross that he had won as a Sergeant in the German army during World War I; they felt shame for what they were doing but followed orders anyway.

April 20: Boycott of Jewish businesses commenced soon after Adolf Hitler was sworn in as Chancellor. Hanna’s father’s business was not affected, because the people knew and respected him, and they had a decent mayor. Nonetheless, they asked that someone watch out in case the Nazis came marching.

Although no restrictions had been placed on the Jews of Eppingen, one day while visiting the local pool, one of the Jewish boys who happened to be visiting pointed out that there was a sign that said, “Jews Forbidden.” Hanna did not believe him until going outside and witnessing it herself.

The mayor was removed, and a young man from the Nazi party took his place; this is when everything changed. Jewish people were no longer allowed to use the front entrances of businesses or schools. They called Hanna a “dirty Jew’ and threw rocks at her while she was walking the streets. Hanna was forced to leave school at 14. Her friends would not talk to her or even get in the same train car with her.

Hanna’s father obtained visas to leave Germany. People came in droves to the family store when they found out it was closing to say goodbye to Hanna’s family.

October 30th: The Marx family left Germany about a week and half before Kristallnacht (November 9-10) and arrived in New York on November 5, 1938.

Hanna’s father became a dishwasher and her mother worked as a maid to make ends meet in the United States. Later when finding out what happened to others, Hanna felt guilty for surviving when so many didn't.