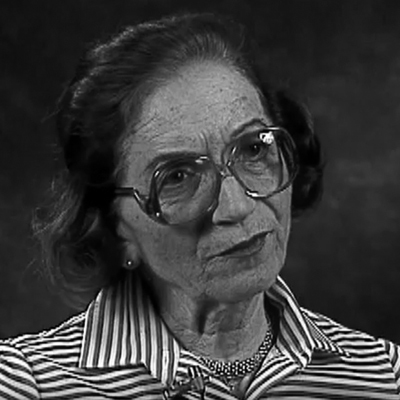 Helene Rothschild started to see a difference in her town around 1935. She took an exam to enable her to attend Teachers College, and although she knew she did well, she was refused entry. When she asked to see the exam scores, she was not allowed to see them.

Her older brother asked her to come to the United States, and he had an uncle to sign the affidavit for her. However, he was considered too old to support her, so her entry to the U.S. was denied. Her brother sent another affidavit, and she is called to Prague to meet and interview with an American consulate; she passed this interview with high marks on the intelligence test. She boarded a ship that went to Hamburg, Germany and then to Berlin. While in Berlin, she walked the streets, oblivious to the danger in which she put herself.

On July 4, 1937, Helene arrived in Nashville, TN, USA. She lived with her uncle and worked in the May Hosiery plant, taking English lessons at night. On Sept. 1, 1939, World War II broke out, the Nazis shut down emigration, and her mother, sisters, nieces, and nephews were trapped behind Nazi lines; they all perished in the Buchenwald concentration camp. Her father died in the ghetto.

In 1947, Helene’s brother William, who had been in a concentration camp, finally came to the United States after living in Italy after his liberation. In 1948, Aaron, her other surviving brother, also joined them after getting married in Italy and going back to their village to seek out any surviving Jewish families; he found none. Helene said, “I hope no one will ever have to tell a story like this.”