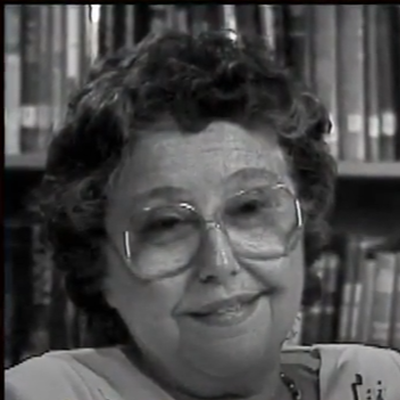 Inge’s father was inducted into the German army at age 17. He was severely wounded in the war, after only 2 months at the front. He then spent two years in the hospital. He became a textile engineer, and was a traveling sales representative for several factories.

September 9: Inge Jaffe Loewenstein was born in a small village outside of Aachen, Germany. She lived in a very Catholic town about four or five miles from the Belgium and Dutch border. Her family lived in an apartment owned by her grandmother, which was across the street from a church and a convent. There was a beautiful and large synagogue in the town, as well. She went to a Jewish school as a child.

Inge’s brother, Henry Jaffe, was sent to Liege, Belgium after his bar mitzvah.

November 9-10: Kristallnacht occurred in their small town. Inge’s father and mother were taken that night by the German police, but her mother had to wait outside. When her father came out, he told her mother that he had to undress and show them all of his wounds from the war. Inge’s maternal uncle that night went to see another brother in the Netherlands, but never returned. Another uncle, who was dating a non-Jewish girl, was told that night that the Germans were going to get him, so he fled to the Netherlands and was hidden during the war. Inge’s father, who believed things could get worse, decided it was time that they make arrangements to leave. He contacted his sister in Peru, and was told that there was an American consul in Paris, France willing to make visas for anyone for a lot of money.

Inge’s family obtained tourist visas, and then went to Hamburg to board a ship. The Hamburg consul would not approve their visas because there were too many others who had brought the same visa, so those were not legitimate. He informed them instead that if they took a train to France, they could board a ship from Cherbourg, and that the ship would have to take the visas since they were already approved in France. They then went from Hamburg to Paris, and then to Cherbourg, where they waited three days for the ship to arrive.

May 29: Inge’s brother boarded the ship near Antwerp the day before Inge and her parents boarded.

May 30: The ship sailed from Cherbourg to England and then to Peru. It took 18 days for the journey. The ship was almost brand new and they went through the Panama Canal and down the west coast of South America.

Inge and her family learned Spanish, and Inge learned English by going to an American missionary school. Inge’s father sold textiles. There was little antisemitism there, but sometimes the Methodists would try to convert her to Christianity. Although they were German Jews, the Jaffes lived closer to the Sephardic Community Center and synagogue where Jews of Spanish, Portuguese and North African descent attended, and the family found it easier to attend there.

Inge graduated from the American school, and then took commercial secretarial courses.

Inge was invited by her maternal uncle and aunt to come to the United States. She lived in New York City, and then moved to San Francisco.

Inge’s paternal aunt was reunited with Inge’s father in Lima after surviving deportation to a concentration camp, being raped, having her nine-year old child killed, and her husband deported and dying after liberation. She was saved by a Russian Jewish soldier who helped her.

Inge moved back to New York, where she met her husband and was married.

Inge and her husband moved to Nashville. Inge’s father passed away in Lima, Peru.

Inge returned to visit her hometown near Aachen, Germany.

Inge returned to celebrate her paternal aunt’s 80th birthday in their village outside of Aachen. Her aunt had moved back to Germany with her husband, who worked for Germany in the reparation department. Inge and her cousins were able to visit their paternal grandfather’s grave together.

You may read Inge Lowenstein’s Obituary at the link below.