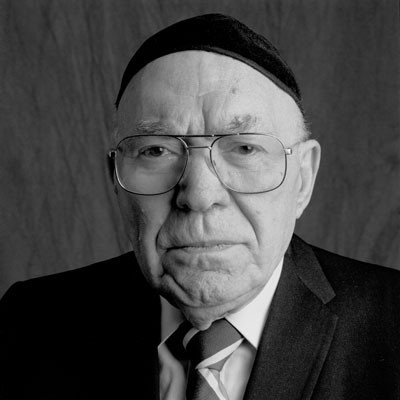 “We would have to handle glass so hot, the skin on your hands would burn off the bones, and your back would break from the weight of what you were carrying.” After the Nazis invaded Poland in 1939, Jacob Kilstein was forced to work in a glass factory and live in a ghetto.”

The heavy labor weakened him. He was sent to Blizyn Slave Labor Camp, where he was denied medical care and ordered back to work. He soon fell and broke his spine.

Put on a train for Auschwitz, Jacob somehow learned that his brother was on the same train. “On the train I tried desperately to find him. I looked every minute of that trip for him but never saw him until we arrived in Auschwitz. There were thousands of people around, but I found him. And then I lost him. And that was it.”

By the time of liberation in April 1945, Jacob had been moved to Dachau Concentration Camp. Freedom was bittersweet: “I don’t think about that day like the others do. It is a painful reminder for me that no one was really free. Not when you have lost your family, your life, and all that you knew.”

Still a hostage to such memories, Jacob is relieved by this quest for understanding what happened to the Jews. “It just tears at my heart that for many years, when we were willing to share, begging to talk, no one cared. I suppose I am glad they hear us now. But many died not having been heard. They deserved this time to speak—more than anyone else.“