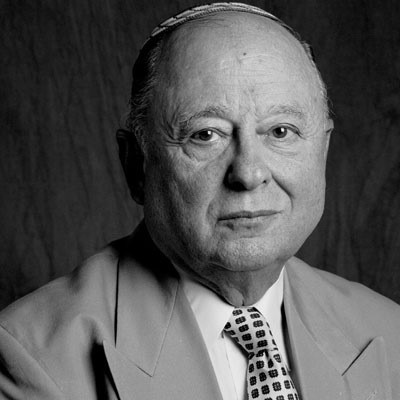 At 13 years old, Leonid and other Jewish students were prevented from attending school. That year, his family and he were thrown out of their home. Luckily, their aunt lived in a house owned by a Christian who allowed them to move there. There were five people in one room.

Leonid and his family witnessed one of the worst pogroms in Romania. They witnessed the pogrom in Bucharest, where they forced Jews from their homes, the streets and from businesses. They placed Jews onto trucks and took them to slaughter houses to be killed like animals or to the forest to be shot. The local synagogue was destroyed.

At 15, Leonid was sent to a transit labor camp. He was given an identification card. The word “Evreu” was placed before his name, meaning: “Jew” Leonid Saharovici. He showed his identification card each morning; his number was 261.

August 23: Leonid and the others were liberated by the Russians. A Russian man on a horse came and said in Yiddish, “Jews, you are free.” They were given chocolate, and Leonid went home. He was then able to see his father, who had survived a labor camp as well. However, his father was hit by a bomb on his way home and was paralyzed.

Leonid and Fridericka went to Italy.

Leonid and Fredericka moved to Memphis, Tennessee, when Fridericka was hired as a toxicology research forensic chemist with University of Tennessee Medical School.

April: Leonid attended the first American Gathering of Jewish Holocaust Survivors in Washington, DC, with 20,000 survivors and realized that a state commission would keep the memory of the Holocaust alive. Leonid and the regional director of the Memphis branch of the National Conference of Christians and Jews, Dr. Harry E. Moore, Jr., drafted an appeal to Tennessee Governor Lamar Alexander stating the need for a Tennessee Holocaust Commission. Tennessee Congressman Don Sundquist (R-Memphis) and Congressman Albert Gore, Jr. (D- Carthage), whom Saharovici had approached at the April gathering, also wrote letters of support. Senator Steve Cohen sponsored Senate Joint Resolution 217 to create the Tennessee Holocaust Commission.

May 3rd: Senate Joint Resolution 217 to create the Tennessee Holocaust Commission passed both the Senate and the House of Representatives unanimously.

May 15th: Governor Alexander signed Senate Joint Resolution 217 into law. Leonid continued to serve on the board of the Tennessee Holocaust Commission.

Leonid formed the Jewish Historical Society of Memphis and the Midsouth (JHSMM). He was a founding member and president.

Leonid received the Jefferson Award for Public Service for his years of service contributing to Holocaust education.

Leonid Saharovici continues to serve on the Tennessee Holocaust Commission and on the Board of Advisors for the Center of Southern Folklore. He lives in Memphis, Tennessee.