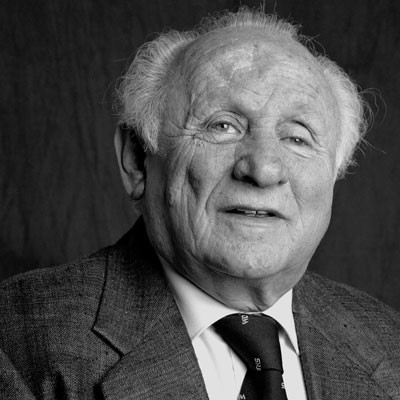 June 10: Menachem Limor was born Moniek Lipszyc in Częstochowa, Poland. He was the youngest of three boys.

September 1: Germany invaded Poland. After hearing radio warnings, Menachem and his family attempted to avoid the fighting by fleeing to Przerow. The driver of the carriage tried to rob them; he was killed by bombings in the area and the family escaped. The Limors stayed in Przerow for 10 days before making their way back to Czestochowa, Poland.

Arriving back home, they found their apartment had been vandalized and the city had been divided into two sections. The Jews were placed in the ghetto and were forced to wear the Star of David for identification.

Menachem’s father was forced to work through a snowstorm, which destroyed his health. The Germans then shot him. Menachem’s brother became the main caretaker of the family.

The Czestochowa Ghetto was sealed.

Menachem and several other family members were hidden in the attic by Irvin, Menachem’s older brother. Someone informed the soldiers of the hiding place. As a result, Menachem’s mother and one brother were taken to Treblinka where they perished. After hiding in another location, Menachem eventually escaped; those who stayed in the building died when the German soldiers demolished the building.

At age 13, Menachem survived a selection when his brother, Irvin, convinced the German guards that he [Menachem] was old enough and young enough to work. He was sent to work at the HASAG-Pelcery Ammunition Factory. While there, he was often beaten by the guards because he was not strong enough to carry out his job, which was to beat the prisoners who arrived to work late.

September 3: Approximately 100-150 Jews were killed by the Germans. This massacre became known as Bloody Monday.

January: Menachem and other prisoners were transported to Buchenwald Concentration Camp.

April 11: Menachem and Buchenwald Concentration Camp were liberated by the US Army. He was later reunited with his brother.

Menachem went with his wife, Lea, and his brother, Irvin, to Israel.

Menachem Limor changed his name from Moniek Lipszyc to a Hebrew name.

Menachem moved his family to Nashville, Tennessee to be with his brother.