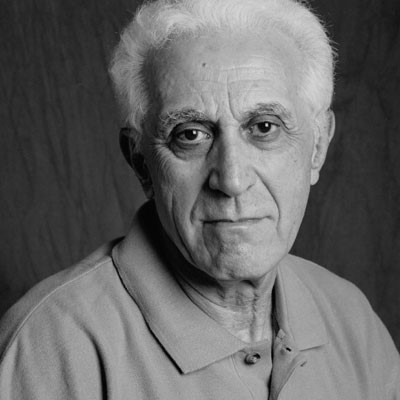 “I look at my life before in many ways,” says Roman Mitelman. “I had about a 98% chance of becoming a victim. If we are vigilant enough, we need to use our experiences to make sure nothing like this happens again. Can we eradicate evil? I don’t know, but we can sure work hard enough to try.”

At age six, Roman Mitelman began a struggle for survival. After Germany invaded the Soviet Union, his father had one hour to report for Soviet Army duty. He arranged for his pregnant wife and small son to go east. Roman recalls, “I understood that we were escaping the Germans but knew nothing more. No one spoke to the children about it.” Minsk was occupied by German soldiers less than five days later.

The train was awful, Roman relates: “I remember the sign on the cattle car read, ‘Capacity: 8 horses.’ We were not eight horses. We were forty people and we weren’t even prisoners then—we were refugees. We had food because we used coupons for bread, but the sanitation was a huge problem. There was no way to wash yourself or get clean water. We were treated like refugees in our own country. Our own country! We lived like strangers.”

“My sister died, three weeks after she was born, from an infection,” recounts Roman. “We lived on those cargo trains for three months. It was no way to live and it was no place for a child…a baby at that.” By November he and his mother were in the Ukrainian village of Kugali. “Many had never met a Jewish person before. They were kind to us,” he recalls.

His father was wounded on the Moscow front. His mother developed typhus. “My father came to take us to a better hospital in Moscow,” remembers Roman. “[My mother] was very weak and sick, but wanted to see our hometown again. The sight of the devastated city tore her heart out. She died a few weeks later at the age of twenty-nine.”