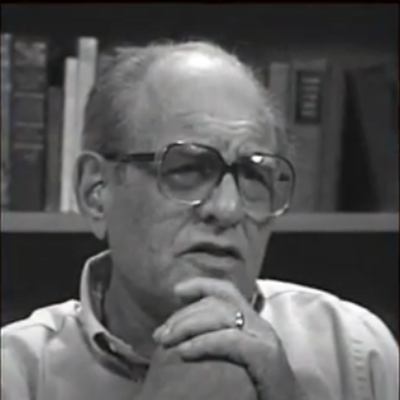 May: Fritz Preis was born in Vienna, Austria. His family was poor and antisemitism was rampant in Vienna.

1937-1938: Fritz worked at a nightclub as a mechanical engineer for a stage hydraulic system.

Stopped by Nazis, he was forced to separate Jewish children form their parents. A trainload of Viennese Jewish children were going to England, but the Nazis didn’t want to keep the parents and their kids together. Fritz was one of the Jewish youths who had to form two chains separating the parents from their children. At the time, Fritz didn’t understand what was happening, but realized later the kids didn’t know that they would never see their parents again, but their parents knew.

March 12: The Nazis occupied Vienna, implementing the Anschluss, their term for annexing Austria into Nazi Germany. Fritz is stopped by the SS who confiscated the company vehicle. They force him to continue to drive it as they looted Jewish stores. They found a Jew who had a picture of Dollfuss displayed. Dollfuss was the chancellor of Austria assassinated in 1934, and they shot the man for displaying the picture.

March 13: Jews were no longer allowed to own businesses, which were given to non-Jews, and were not allowed to work. The Nazis took over Jewish bank accounts. Fritz lost his job, and his family was forced to sell their things. When they went to the grocery store, the grocers told them that there was nothing available for Jews to buy, or they charged them extra.

Fritz had a short-wave radio, which was illegal, and only picked up Radio Moscow, which told listeners the truth about how bad things were in Germany. One day an SS soldier knocked on the door, asking if he had a radio. Fritz was honest and said yes, but instead of arresting him, the soldier told him he would like to buy it. He gave Fritz 12 Austrian schillings.

The owner of the nightclub where Fritz had worked was from Wurzburg, Germany. Fritz went to visit him and the man offered to help him leave Vienna. The man’s brother, Jacob Strauss, was a doctor in New Jersey. Strauss sent Fritz an affidavit.

March: Fritz left Austria with six hundred other skiers on a train to Switzerland. He eventually left from Vlissingen, Netherlands on the Pennland, and paid $1.10 for his passage on the ship.

April 4: Fritz arrived at Ellis Island, USA. Fritz worked his first job in Babylon, New York as an electrician for $3.00 per night. He went to New Jersey and stayed with Dr. Strauss, and worked at a grocery store. He worked two jobs for three years and made furniture at home.

He decided to move to Texas because he was a fan of cowboy movies, but could only afford to go as far as Nashville. He went by bus through Trenton, Washington, Roanoke, and Charlotte, but the most memorable stop was arriving in Washington, DC, to a bus station with “colored only” and “white” bathrooms.

October: Fritz’s father was sent to Lodz, Poland. He then was deported to Russia. Fritz’s mother and aunt were sent to Theresienstadt. Fritz worked at a coal company for two and a half years in Nashville. He lived in Mila Windmöller’s boarding house. He met Erna at her house while eating with them. Erna’s father couldn’t get over how hungry he was.

January: Erna and Fritz got married so that Fritz could become a citizen in less time. Fritz worked in a coal yard delivering soft coal.

Fritz received a post card from his father saying he was very cold, with little to wear. It had taken two years for the post card to arrive.