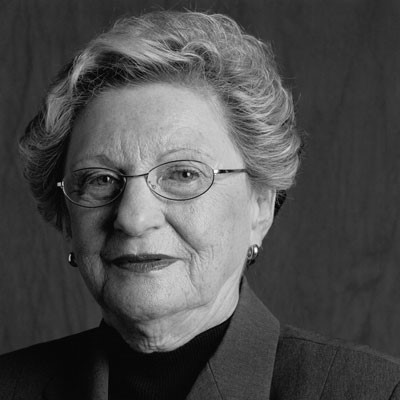 Hedy went to a school taught by nuns but was soon not allowed to attend the school due to the fact that she was Jewish. She was then transferred to a Jewish school. She was not allowed to play with other children by her mother, because her mother feared that Hedy would be harmed.

Jews seeking medical services had to go to Darmstadt, the next town, because non-Jewish doctors were prohibited from treating them. Hedy and her brother rarely made it to school because Nazis or Nazi supporters with butcher knives chased them along the route.

1936-1937: Hedy’s father’s butcher shop was closed, because no one would do business with him. Even those who sympathized were afraid to frequent a Jewish shop. They had to board up the business and the house in order to sleep at night, because people would throw rocks at their windows.

Although they received papers to go to the United States, after Kristallnacht, circumstances worsened for Hedy’s family. That night, German soldiers arrived to inform people that they would be getting rid of the “Jewish problem.”

The family and a young neighbor (Matilda May) attempted to run away but returned several days later to find their home covered in debris and broken glass. Nazi soldiers found them hiding in the attic. Hedy’s father was beaten and taken away to a concentration camp. The remainder of the family fled to the forest and eventually ended up at the home of an uncle. Hedy’s mother was summoned back to their hometown to clean up the house.

December: After visiting the mayor, Hedy’s mother learned that her husband was alive in Buchenwald. She explained to the mayor that the family had all necessary documents for emigration and were ready to leave if her husband was freed. The mayor agreed and parents and children were reunited at the uncle’s home. Before leaving for the United States, the family visited grandparents one last time.

Hedy and her family arrived in New York City, meeting with her father’s brother who had immigrated in 1933; her uncle had found sponsors for the family.

Weeks later they arrived in Nashville. Hedy, her family, and 38-40 other German refugees were sponsored by members of the May family, some of whom had been raised in the same house as Hedy. Jacob May found Hedy’s mother and father jobs in a factory, and then a furnished home. Hedy cared for her younger brother while her parents worked.

Hedy’s father sent a letter to German to officials describing the atrocities he had experienced during the Holocaust and stating that the responsible people should be punished. The letter was kept on file in Dartsmadt.