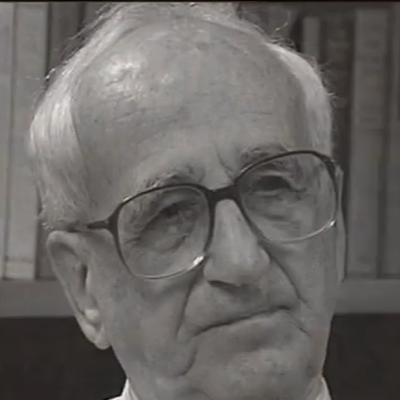 November 17: John Herzfeld was born in Berlin, Germany. He was raised in a secular, assimilated Jewish family, and belonged to a sport club.

John completed his studies to become a physician. He only needed one last exam and was in a rotation as an intern until March, but was not allowed to continue working in a hospital because he was Jewish. John’s father was also a physician, and was fired from his position at an insurance company. He was allowed to work as a private physician, but because he was Jewish, he could not get any patients.

May 20: Due to the restrictions placed on Jews, John was unable to work anywhere as a physician. His desire and need to work drove him to leave Germany. He first went to England, but wasn’t able to study there, so he went to Italy where he took a state board exam for physicians, and settled in Naples. He did volunteer work at a clinic and was paid occasionally to do some surgery.

John goes to Berlin to visit his father on his 70th birthday. He went to his former sports club, but was turned away because he was Jewish.

John’s passport was about to expire. He went to the American consulate for help. They suggest he obtain an Italian passport so that he wouldn’t be sent back to Germany.

John’s mother was smuggled to Sweden in order to get to Chicago with her daughter.

Every German Jew in Italy and Rome had to register with the police. When Hitler visited Mussolini in Rome, Jews were held in a state penitentiary. John was imprisoned in a cell for a week in the hospital section, but because he had friends there, he was treated well. They were released when Hitler returned to Germany.

With his Italian passport, John finally received a ticket for passage to New York City.

John lived with his sister, brother-in-law, and mother in Chicago. There he met Elsa.

After an internship and a residency in Chicago and taking exams to become a physician, John joined the US Army. Since he was yet not a citizen, he entered as a private.

John obtained his United States citizenship and was promoted to 1st Lieutenant, but despite his wishes to fight in Europe, and his fluency in German and Italian, he was sent to the Pacific. There he worked in a field hospital and then in an infantry regiment.

John returned from the Pacific, and he and Elsa moved to Nashville. He worked at the Veteran’s Administration for 30 years, then for the state, and then for a plasma center.

Dr. Herzfeld’s obituary may be viewed at this link: http://www.legacy.com/obituaries/montgomeryadvertiser/obituary.aspx?n=john-g-herzfeld&pid=156158612