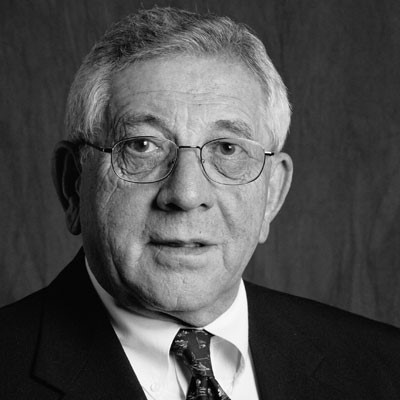 “The Germans posted proclamations that Jews must wear white armbands on their right arms,” recalls Max Notowitz. “If you wore an armband, you could work on certain days. I volunteered to work and proved I was a hard worker. It was one of the things that saved me.”

Thirteen-year-old Max was alone. His father was murdered at Auschwitz in 1941. His mother and two siblings were killed after their ghetto was liquidated. He recounts, “They were unloaded from the train, undressed, marched off into the trenches, and machine-gunned down.” In 1942 Max went to Pustkow, a slave labor camp near Krakow. He says, “Our job was to clear the forest: cut down trees and dig out stumps so the Nazis could build factories.” Just as they were about to be transported, probably to the death camp at Belzec, Max learned about a planned escape. “One man asked me to go with them, and I agreed,” he relates. They succeeded, hiding in surrounding forests until Russians liberated the area in 1944.

Only then could Max begin to accept the loss of his entire family. “I was deprived of the gradual change from childhood to teenager to adulthood,” he muses. “I didn’t exhibit any emotions during the war, but it really came out after liberation when I realized how different my life was from others who had never suffered.” Eventually he moved to Warsaw and became secretary/ treasurer for the American-German Distribution Committee, a refugee relief agency.

Today, he says, “I have and gain a lot of strength from Judaism. In every way it is who I am.”