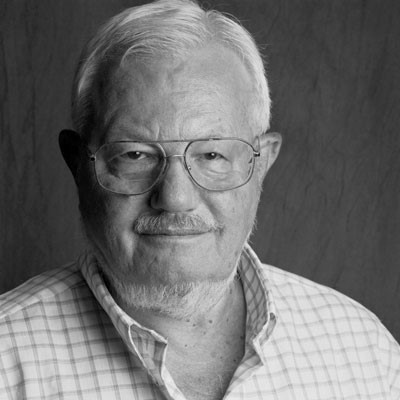 Clark as a young boy had blonde hair and was mistaken for a German child. Because of this he did not experience any kind of anti-Semitism in school but soon, Jews were banned from school. He then attended shul, a school associated with the synagogue, until Kristallnacht, and then he was no longer allowed to go to school at all.

June: During business travels, Clark’s father was accused of writing unfavorable things about Hitler. On Clark’s birthday policemen came to their home to announce his arrest. As Clark’s mother attempted to free her husband and take her family out of Germany, Clark’s father was taken to Buchenwald and then to Dachau Concentration Camps.

Clark’s mother arranged tickets and visas to leave on the St. Louis. After affirming that the family would be leaving, the Germans released Clark’s father from Dachau. During his arrest Clark’s father wrote to him and his mother.

May 13: They traveled to Hamburg to board the SS St. Louis ship.

May 27: St. Louis arrived in Havana harbor; the Cuban government admitted twenty-eight passengers. Twenty-two of them were Jewish. The rest were denied entry.

May 28: Lawrence Berenson, an attorney representing the US-based Jewish Joint Distribution Committee arrived in Cuba to negotiate on behalf of the St. Louis passengers. The passengers stayed on the ship for five days. Then the St. Louis sailed slowly toward Miami. Telegrams to the White House and the United States State Department proved futile; passengers would not be admitted.

June 6: The ship turned back to Europe.

June 17: Belgium accepted 241 passengers, Clark and his parents among them. When the Germans invaded Belgium, they were trapped again.

May 15: Upon release, Clark, his mother and father traveled through France to Spain and boarded a boat for Morocco.

After eight years in Casablanca, they finally made it to the United States.

Clark Blatteis, Ph.D. was made an inductee of the Living History of Physiology, an honor due to his contributions in the field of physiology.