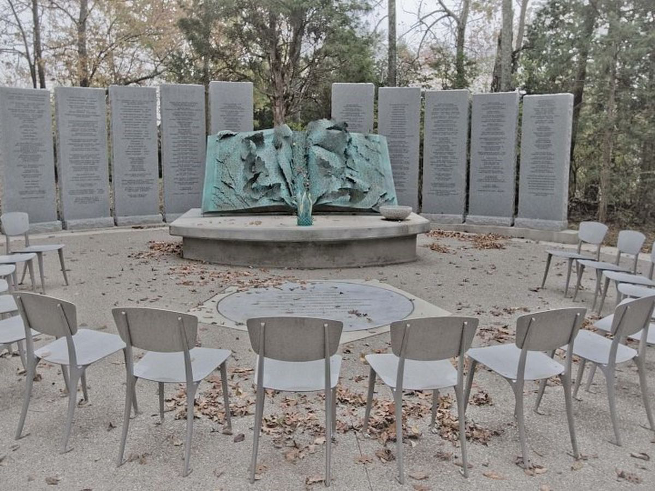 Under the leadership of Bernard Bernstein, the first Chair of the Tennessee Holocaust Commission, a living memorial was established on the grounds of the State Capitol in Nashville in 1986 to honor the survivors and martyrs of the Holocaust. The memorial consists of six cedars, native to Tennessee, which represent the six million Jews who perished during the Holocaust. A stone marker near the trees bears the following inscription:

“We Must Never Forget”
The people of Tennessee dedicate these six trees as a living memorial to the six million innocent Jewish Victims of the Nazi Holocaust (1939-1945).
Let all generations remember…so that a Holocaust shall never again occur.

You can help us tell their stories