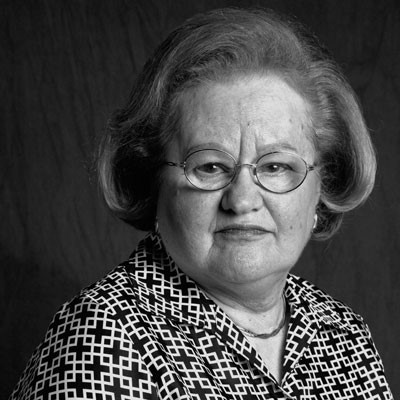 Erika Sigel was born in Czechoslovakia (now Slovakia). She was the fourth child of five and the only girl.

Jewish children were no longer allowed to attend school. Soon enough, Jews were forbidden to go to parks, walk on sidewalks, or go to the market unless it was Wednesday. Erika’s non-Jewish friends refused to be seen with her.

Erika was tasked with getting the necessary items for her family. When she went to the market, she removed the required Star of David from her clothing. Her parents feared for her safety but knew it was the best option.

1942-1944: For a while Erika’s father was allowed to stay in the town because he owned a wholesale grocery and it was needed to supply food for the Germans. Soon enough they were forced out and moved to Devinska Nová Ves. The Germans then took Erika’s parents and her younger brother to a concentration camp. One of her older brothers, who was in a labor camp in Devinska Nová Ves, met a Gentile couple and asked if they could take his sister in as a domestic. He offered payment. Erika worked cleaning, doing laundry, cooking and taking care of their child.

As a result of nearby bombing, they were forced to live with the family’s sister who mistreated Erika. One day the family hosted German soldiers and during conversations in German, Erika pretended not to understand to avoid getting in trouble.

Liberation came, finally, but the second home was bombed and the family was forced to live in a cave. A Russian soldier tried to take Erika away to take advantage of her but luckily he let her go and she was able to run away.

Erika went to Bratislava by herself to find any family and friends that knew her. She worked at a soup kitchen, where survivors of concentration camps lived, in hopes of finding her family. She was not paid, but was fed and given a place to sleep; because of that she was able to find one brother. Erika learned that her youngest brother and her parents died in Auschwitz.

Erika and her brother moved back to their hometown and were able to get part of their house back; they stayed for a year before getting a visa to come to the United States of America.

Erika moved to New York to await the arrival of her other brothers to welcome them to the States. Her brothers moved to Dallas, and opened a business with their uncle.

After many years, Erika, her husband, and children moved to Fort Smith, Arkansas and then to Memphis, Tennessee.