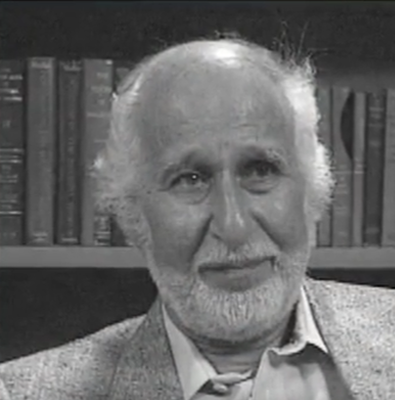 Before Hitler came into power, Ernest lived a rather normal life, fully integrated with those outside the Jewish religion. However, when Hitler became Chancellor, life quickly changed. Ernest and his friends were no longer allowed to socialize with their non-Jewish friends. During the winter holidays, Ernest and his family went to visit his father’s family in Tann, Germany. While his family was there, some local Jewish homes had their windows smashed in the middle of the night. They hid in the basement and for two weeks, they slept with their clothes on, not knowing what might happen next. Things changed culturally within the community. “Heil Hitler” became the common verbal and written greeting.

Due to his father’s death, Ernest left school and his family was forced to move to his mother’s hometown in Frankfurt, Germany. In order to help support his family, he became an apprentice at a clothing factory when he was age 15. It soon became apparent that it was no longer whether to leave, but when and where to go.

Ernest’s Jewish classmates were kicked out of public schools and Jewish communities were forced to institute their own school systems. A distant relative, Mortimer May, visited Ernest and his family. When Ernest expressed a desire to leave Germany for America, Mr. May sent an affidavit.

With limited economic and academic opportunities in Germany, Ernest left Europe before the war broke out, with the affidavit from the May family. Sailing from Hamburg, Germany, he arrived in New York where he stayed with relatives for two weeks. From there, he traveled by train to Nashville, Tennessee and met with the May family.

Ernest’s grandmother managed to also get to Nashville despite the length of the trip and the ongoing war.

Ernest enrolled in the United States Army and for the first time felt homesick.

December 26: Ernest married his wife, Stephanie, at the Warwick Hotel in New York. She was also a refugee from Mannheim, Germany. The couple later raised two children and became very active in Nashville’s Jewish community.