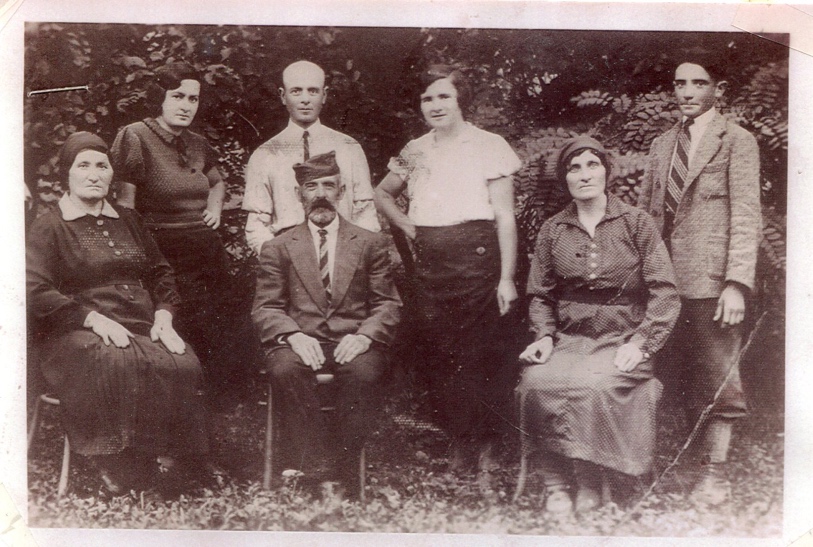 Frida Weiss’ family in 1943. The family asked a neighbor to keep the photograph when they were deported, and it was returned to them after liberation. Standing: Frida and her siblings: Herman, Esther, and Yukshea. Seated: Frida’s mother, father, and aunt, who were all gassed. Yukshea (Jacob) had a friend who provided him a fake ID, and he escaped. The rest of the family survived the Holocaust. 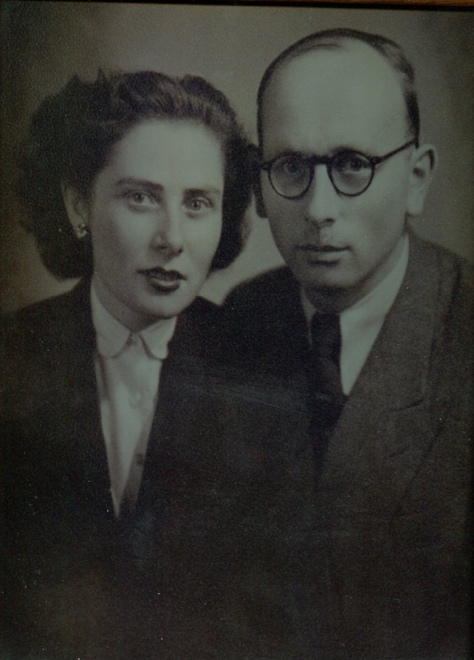 Refugee Displacement Camp Health Paper from the World Health Organization. WHO gave vaccinations which were necessary to be considered for entering another host country. Frida received these in Vienna, Austria. The stamp for a smallpox vaccine was given in Salzburg, and the document verifies that a scratch for tuberculosis showed no reaction; she did not have the disease. 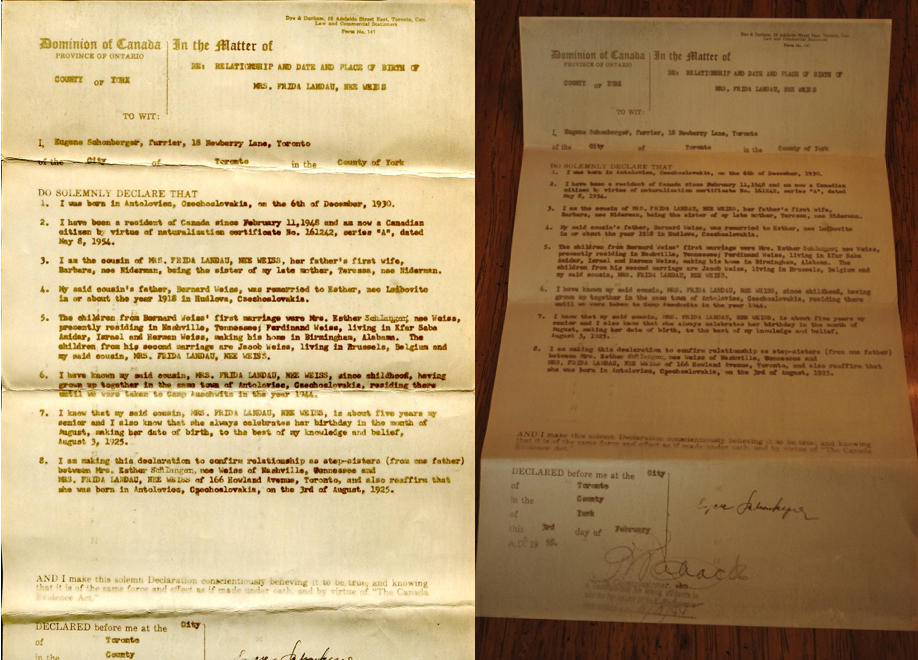 Relationship and Date and Place of Birth documentation from Eugene Schonberger, Frida’s cousin in Toronto, February 3, 1955. USA requirements were stricter than those of Canada, so Frida went there first. It took eight years of effort to move from Europe to the United States. 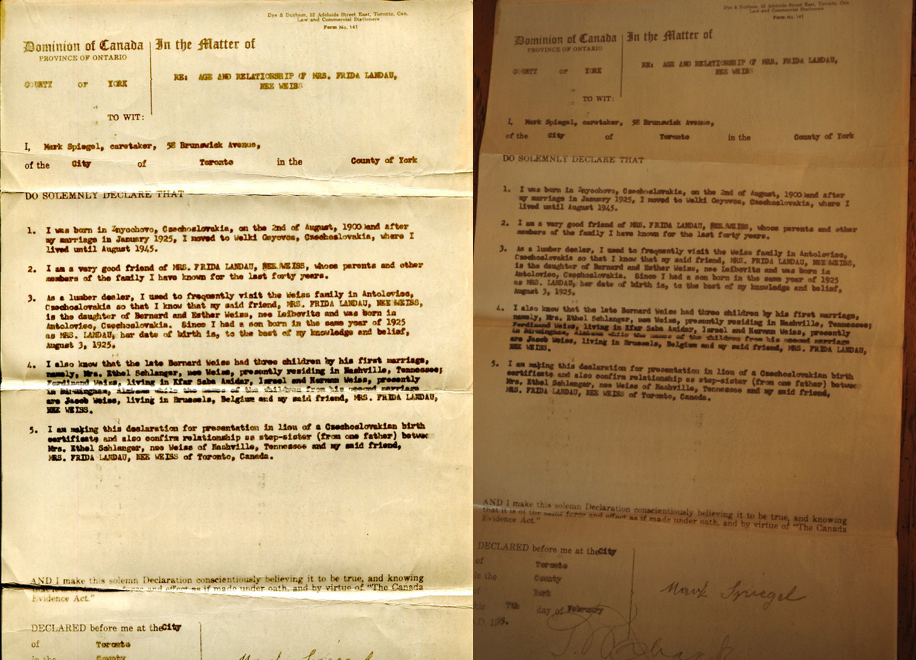 Relationship and Date and Place of Birth documentation from Mark Spiegel, Frida’s cousin in Toronto, February 7, 1955. 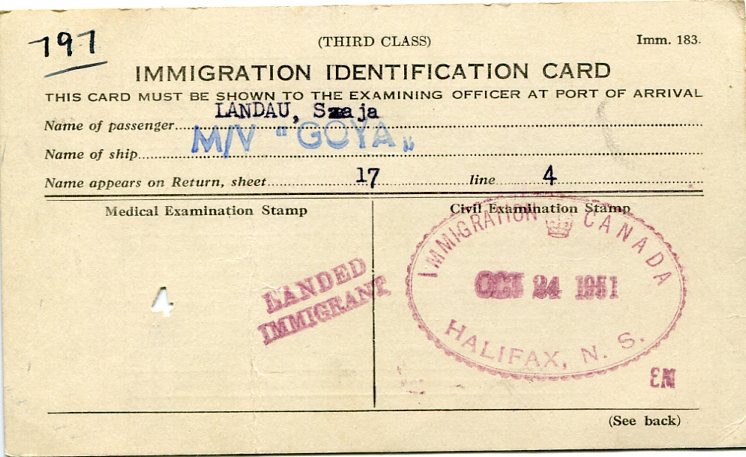 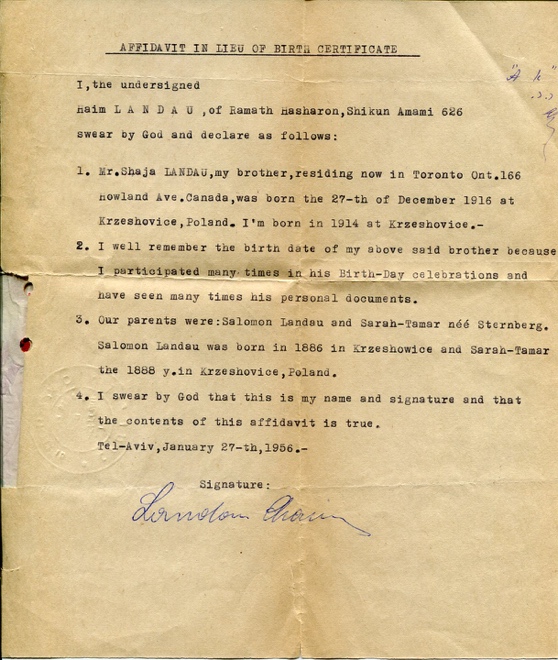 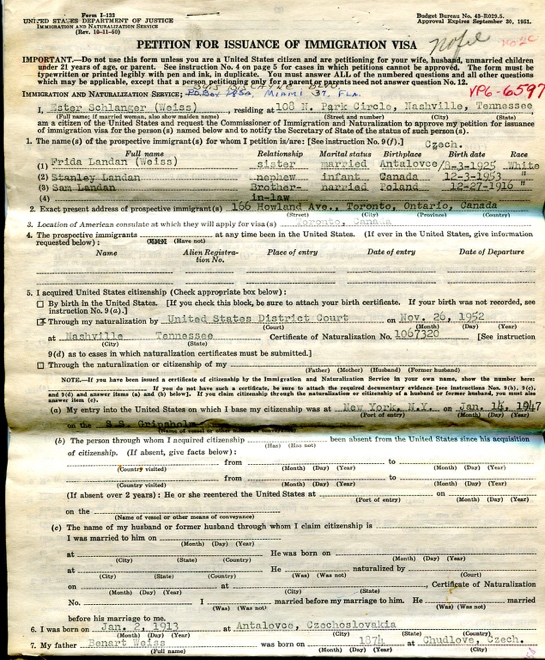 Petition for Immigration filled out by Frida’s sister, Tennessee resident and naturalized US citizen Esther Schlanger. Frida began giving a later birth year to officials during the Holocaust. Often at selections being a bit younger—and therefore more fit for labor—could mean the difference between life or death. For the rest of her life she said she was born in 1925. 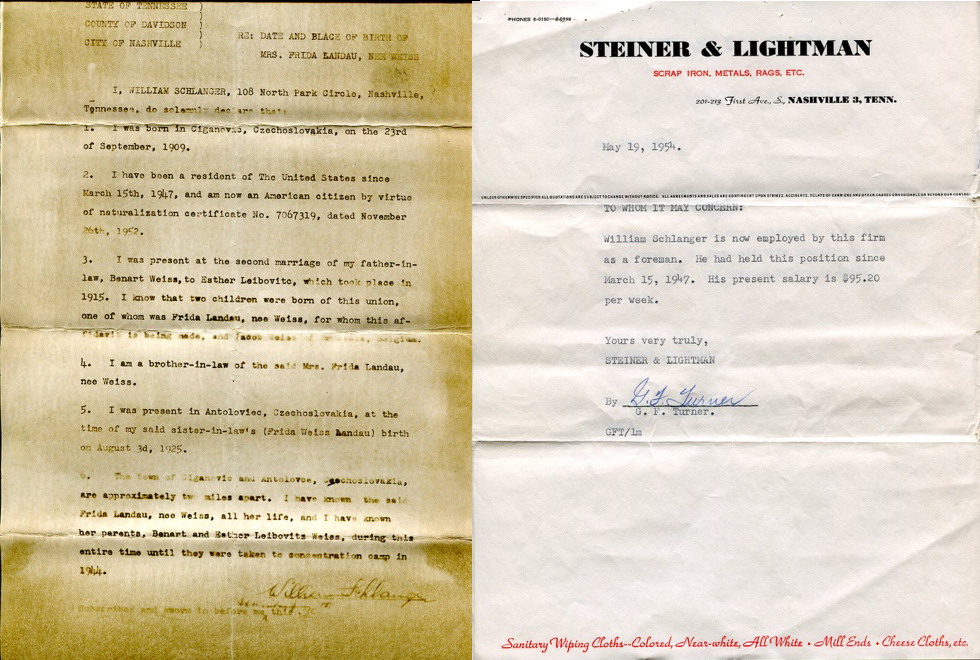 William Schlanger, Frida’s brother-in-law in Nashville, Tennessee, wrote in support of her immigration to the United States. He had to attach many required documents to his letter as proof of his own veracity. One was proof of employment. William worked at the Steiner & Lightman scrapyard near the Cumberland River in Nashville. 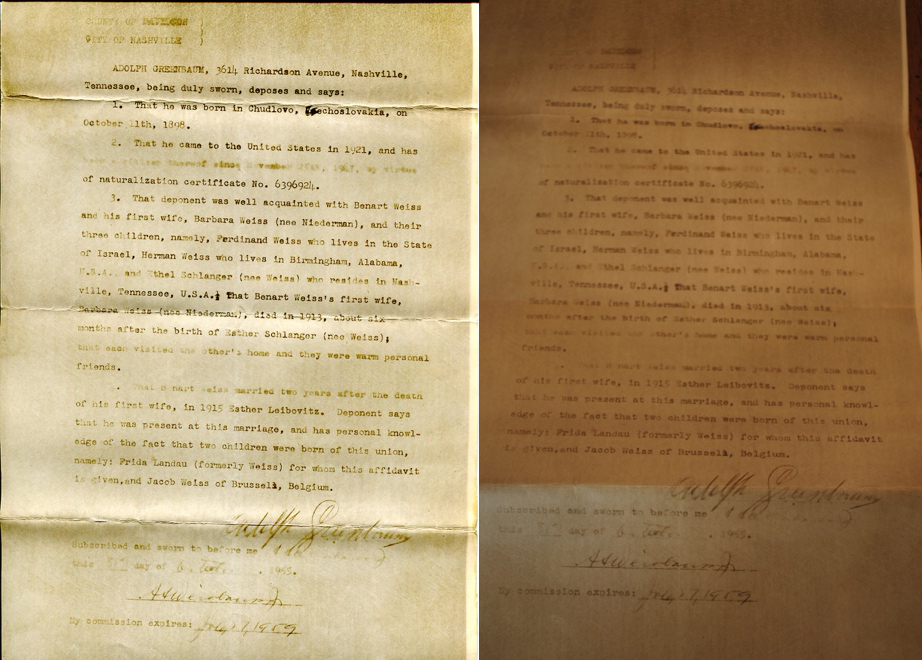 Letter from Adolph Greenbaum in support of Frida’s immigration to the USA, 1959. 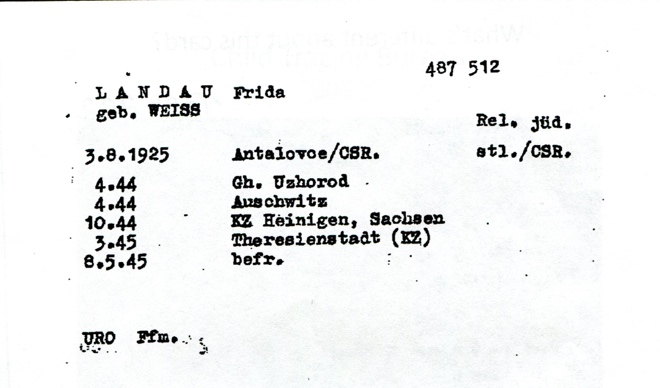