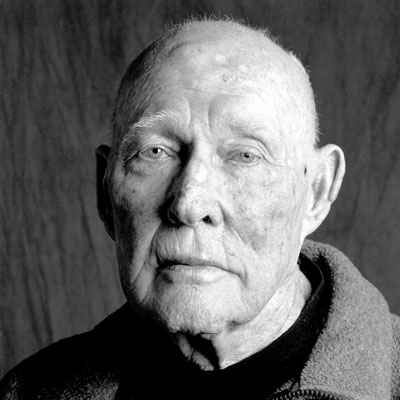 Harry Snodgrass in born in Johnson City, Tennessee on October, 16, 1922.

1940-1942: At age 20 Harry enlisted in the United States Army. He was sent to a new Army induction center at Camp Breckinridge, Kentucky. He was then sent to the Tennessee Maneuvers at Cumberland University in Lebanon, Tennessee. This site was chosen because of the similarity of terrain to that of the European countries of France, Belgium, and Germany. He then completed his infantry training at Camp Forrest near Tullahoma, Tennessee. Harry's unit was sent to Camp Shanks near Orangeburg, New York to ready for deployment to Europe.

Fall: Harry was one of 22,000 soldiers to depart for Europe on the Queen Elizabeth. They crossed the North Atlantic Ocean without the accompaniment of any military ships for protection and completed the journey from New York City to Glasgow, Scotland in 5 days. Harry and his unit were sent south via train from Glasgow to Bristol, United Kingdom to prepare for the D-Day invasion of France. Harry and thousands of other American soldiers spent the next 8 months waiting for the D-Day invasion.

June 6: D-Day Invasion. Harry's unit is slowed from landing by intense resistance on the beachhead and waits on a ship in the Atlantic Ocean, finally landing in the midst of heavy fighting at Normandy early in the morning of June 7, 1944, D-Day+1. They are instructed not to stop on the beach, throw off the life preserver, and told to lay low and keep crawling forward.

Over the next 11 months Harry and the United States Army fought their way across France, Belgium, and Holland, pushing further east towards Germany.

April 11: Buchenwald Concentration Camp, 4 miles northwest of Weimar, Germany, was liberated. Harry was there to witness the horrors and try to help survivors within days of liberation. Harry was promoted to Captain in Weimar, Germany. In October, Harry was sent to Berlin, Germany and was discharged in November while in Le Havre, France on a Victory ship with 1,500 people on it. It took 13 days to return to the United States of America.

April 11: Harry Snodgrass passed away in Mt. Juliet, Tennessee at the age of 89.