“The Daily Mail” described Ida’s hometown, neighboring the concentration camp of Auschwitz, as the “highway to hell.” Using the article and Ida’s timeline and film, compare what it was like for the citizens of the town before Germany’s invasion of Poland to living there during the Holocaust to living there today. 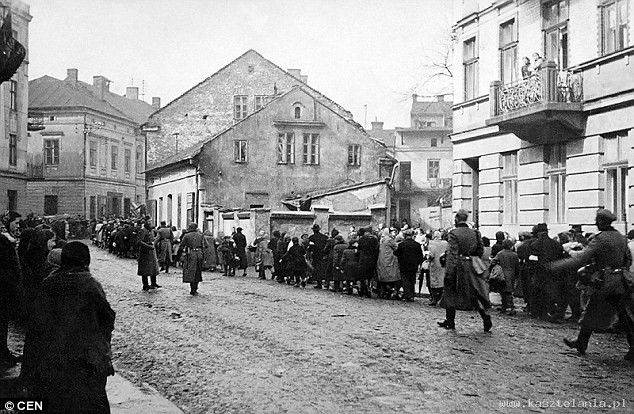 Harrowing: Oswiecim - called 'Auschwitz' by the Germans - was home to 8,000 Jewish residents before the war; in 1941 they were rounded up by the Nazis. Pictured: Lining up in the high street

At some point after liberation from Bergen-Belsen Concentration Camp, Ms. Kilstein was sent to what she refers to as a “private house.”  She states in her transcript: “My people, my friends, my brother and some friends, we were together in one room, in a beautiful room from Germany.” Write an essay explaining why Ms. Kilstein referred to it as a “beautiful room from Germany.” Cite strong and thorough evidence from the video and transcript to support your analysis.