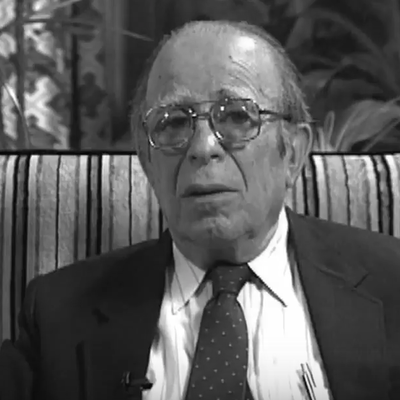 Jack Lorch was written up in the papers for being the youngest German radio amateur. Jack and his friends spent time at each other’s homes; however, Jack did not eat in his friends’ homes because they were not kosher.

Jack graduated from school and attended Frankfurt University. Despite the fact that nothing directly had been done to him, he felt that there was something different in the air.

Jack graduated from Frankfurt University and began working at his uncle’s shirt factory in Duisburg, Germany. While living in Duisburg, he rented an apartment from his friend, who was also a Nazi. Despite his friend’s pleadings that he leave Germany, Jack remained for a time, afraid to leave his secure job. Finally convinced that he must leave, Jack attempted to get an affidavit from his second cousin, who had moved to America in the 1920's, and lived in Staten Island, New York.

Jack left Germany and joined his cousin in New York

December: Jack found a job in a garment factory and moved to Natchez, Mississippi

May 27: Jack’s parents and 209 other Jews sailed on the steamship Orinoco from Hamburg to Cuba, via Antwerp. When the Cuban Immigration Department declared their visas invalid, they returned to Europe where their passports were confiscated, they were referred to the state police bureau, and were then forced to remain in Hamburg. Jack moved back to New York to open a shirt factory with two other men he knew.

Jack’s parents finally made it to the United States; Jack paid for their rent in New York so they would have a place to sleep. Jack opened another shirt factory in Petersburg, Virginia.

Jack bought a small factory in Liberty, Tennessee and moved to Nashville, Tennessee.

May 9: Jack Lorch died at the age of 85 in Nashville, Tennessee.