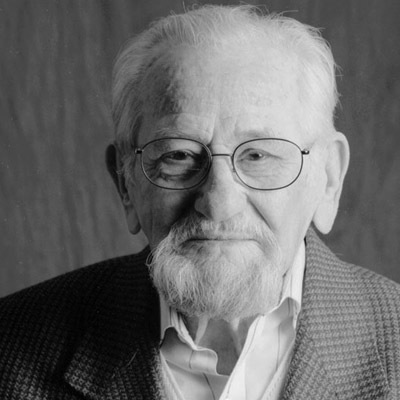 Jack was sent to Czernowitz, Romania, to apprentice in a store for three years instead of attending high school.

June 28- July 4: Romanian North Bucovina and Bessarabia were annexed by the Soviet Union after Romania agreed to the Soviet ultimatum to withdraw from the territories. Jack left Czernowitz and returned to his hometown of Lujan and lived with his parents, where he worked in the alcohol and sugar factory. October 7: German troops enter Romania. November 20: Romania officially joined the Axis alliance.

The small Jewish population of Lujan hiked to the Prut River and hid for three days, returning home to find their possessions stolen by non-Jewish neighbors. German soldiers held the Jews at the sugar factory for two weeks, then ordered them to march 30 kilometers to the Polish border. The elderly, including Jack’s parents, were allowed to ride on a cart. At the border, they disappeared and he never saw them again. His older brother was taken for forced labor. In Poland, Jewish homes were marked with a Star of David and the local rabbi organized food for them.

Soon, instructions were given to send them back to Bucovina, Romania. After two or three weeks in Bucovina, Jack’s group was marched without provisions for three months to Bessarabia, ending up near the Dniester River. Jack’s five uncles and aunts all died. Jack survived by sneaking into the gardens at night, stealing fruit and vegetables to eat.

The group continued a forced march under Romanian guard for 220 km farther into Ukrainian territory until they were placed in a barn. Of the hundreds of Jews who started the journey, only fifty survived. Jack volunteered to work for a farmer for food to survive and helped fellow Jews when he could. Jack survived by wandering the countryside of Romania and the Ukraine.

June - Hitler launched Operation Barbarossa, the surprise invasion of the USSR. Romania participated in the invasion, and took the territory of North Bucovina and Bessarabia.

By the end of the year, the Soviets occupied half of the territory taken by the Germans from 1941-1942.

Jack made it to Murafa and stayed with a Russian Jewish family in a small home with about ten other people. The Germans asked for the Jewish men and Jack took a son’s place at the request of his mother, agreeing and saving her son. Jack was transported via train to Kolosofka (near the Russian front), where he was part of a forced labor detail. Due to the approaching Soviet army, Jack was transported toward Germany but the train stopped when the Russians started to bomb the route. Jack left the train, hid in the woods, then walked to Odessa, Ukraine, when the fighting ceased.

He eventually returned to Romania and was met by a Jewish delegation that provided clothing, food, and could go anywhere he chooses. Jack first went to a town called Yassi, then traveled to Lujan to search for family. The man who took his family’s house warned him to leave before the Germans took him away. He traveled to Czernowitz and lived with a friend and his wife until the police asked him for work papers, at which point he was arrested and imprisoned for six months.

Jack was released and worked for a Zionist group, going to different Displaced Persons camps to offer assistance. Traveling back and forth he met his future wife, Sara Slomovic, whom he married in Belgrade (then in Yugoslavia, now in Serbia) on August 31st. Jack and his new wife moved to Italy, where they remained for 8 years.

Jack wrote to his uncle in New York, asking for help to come to the United States.

Jack and his family moved to New York.

Jack and his family moved to Nashville to be closer to Sara’s sister, Lea Slomovic Naft, an Auschwitz survivor.

Jack Seidner passed away in Nashville, Tennessee on June 11, 2007.