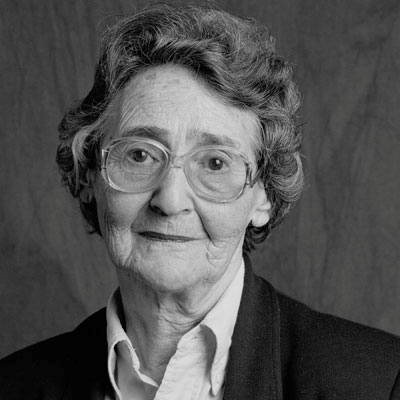 September 17: Mira Ryczke was born in Zoppot, Poland, near Danzig.

Danzig, Poland began to deteriorate with Hitler’s rise to power.

Nazi laws were introduced in Danzig.

The Nazis began to take more control over Danzig.

The Nuremburg Laws took effect in Danzig. By the end of the year, only 3,900 Jews remained in Danzig and the vicinity areas.

September 1: Germany attacked Poland. The next day, Mira and her family are informed to pack a suitcase and leave their home.

October: Mira and her family arrived in the Warsaw Ghetto.

February: Mira and her family escaped Warsaw to Tomaszów Mazowiecki. There, they were ordered to move into the Tomaszów Ghetto.

Mira’s father tried to obtain forged visas to leave to South America, but the people making them are captured. The family’s hopes to leave Poland were shattered.

April: Mira’s family was awakened by shouting and gunshots. Their neighbor was shot. The next night, his two sons were also shot. The man had been a member of the Judenrat (Jews appointed by the Gestapo to carry out the administration of the ghetto). One day, after Mira was visiting her grandparents, who lived near the ghetto, all members of the remaining Judenrat were ordered to report to their office. Those members were then executed. The killings continued for three nights.

October 31: The liquidation of the Polish Mazowiecki Ghetto began. Mira was separated from her mother and never saw her again.

March 21: Mira became ill with strep throat and went to the ghetto hospital, but left a day before the fateful roundup. The SS surrounded the hospital and took the doctor, his only daughter, the nurse and every current patient. They were all driven by truck to the Jewish cemetery; victims were ordered to undress, and they lined up in front of their graves to be murdered with machine guns. One more day at the hospital would have meant Mira’s death.

The camp prisoners were moved to Auschwitz. After being separated from her father and brother, Mira never saw her 16-year-old brother Benno again.

August: Mira was selected from other slave workers to become a typist in an office. She lied about this position in order to survive. She was sent to Hindenburg to work for the German military establishment at the camp office.

January: The prisoners were ordered to leave the camp on foot. The Soviet army is near Kraków, and Auschwitz ordered the liquidation of all camps. This was known as the Death March. Unknown to Mira, her brother Benno was shot and killed during the Death March. The women are taken to the Bergen-Belsen Concentration Camp near Celle.

April 15: In the spring, British tanks arrived, and the British soldiers liberated Mira and the other prisoners.

May 8: Mira listened to the radio as Winston Churchill announced that the Germans had surrendered. Later, she was reunited with her father.

Mira and her father wrote to friends in America and to her father’s only relative.

May 19: Mira married Max Kimmelman, a survivor who was liberated from Czechoslovakia. The long-awaited papers finally arrived, but a complication arose since Mira was now married and refused to leave her husband behind.

July: After waiting for papers, endless letters, traveling by boat and escorting twenty children to the United States of America, Mira and Max arrived in New York City.

Mira’s father, Moritz, joined Mira and Max in Cincinnati. Not being able to speak English, Moritz decided to move to New York where he had friends that spoke Russian, German, and Polish. He later met and married his second wife, Bella. Mira’s only surviving uncle Henry Hammer settled on a chicken farm in New Jersey, and he invited Moritz and Bella to join him.

December 14: Max was transferred to Rockwood, Tennessee. Mira wrote to the nearest city with a Jewish congregation, and they settled in Oak Ridge, Tennessee. Embraced by the community, she was asked to share her stories about the war and felt accepted at last.

Moritz divorced his second wife and came to live with Mira in Oak Ridge, Tennessee. He then made plans to learn Hebrew and move to Israel.

March 13: Her father Moritz dies in Mira’s arms when Max and Mira visited him in Israel.

April 26: Tennessee Senator Randy McNally introduces a joint resolution to honor Mira Kimmelman, TN SJR0734, which passes both houses and is sent to the Governor for signing on May 5.

Currently:
Mira continues to live in her Oak Ridge, Tennessee home. She is active at the Jewish Congregation of Oak Ridge and teaches Hebrew classes to children. Although in general she no longer speaks publicly about her Holocaust experiences, she has addressed innumerable audiences, mostly in schools and colleges, over the decades since moving to Tennessee.