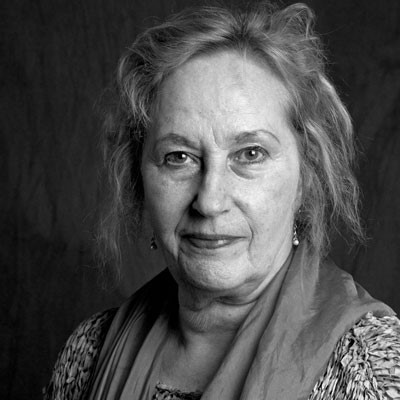 “Now listen, my child, I was always searching for God.” Olivia Newman found these words in her mother’s journal after she died. “Maybe she lost her faith? I don’t know. She was always looking for some reason…something to explain all of this,” says Olivia.”

As a small child in Vienna, Olivia remembers kissing her father as he was being taken away. She never saw him again. She and her mother moved secretly to Hamburg, Germany, in 1941. They were no longer Austrian Jews; they were now German gentiles to anyone who asked.

“I don’t remember practicing Judaism, but I do remember my mother lighting imaginary candles on Friday nights. She would also speak to her cousin in a different language, one I later learned was Yiddish.” One December her mother placed a tiny Christmas tree on the table. The tree had eight candles on it, a symbolic reference to Chanukah.

It was not until the age of twenty-six that Olivia discovered that her father was Jewish and that he had perished in a concentration camp. She learned of her family’s religious heritage from her mother’s journal. Its old German script and cursive Hebrew writing revealed a history from which she had been protected.

“I suspect she left them for me,” says Olivia. “I can’t imagine what she must have gone through. Her imaginary ceremonies were signs of how much she missed that life. Ironically, without ever knowing it, I came to Judaism, never wanting to belong to anything else.”