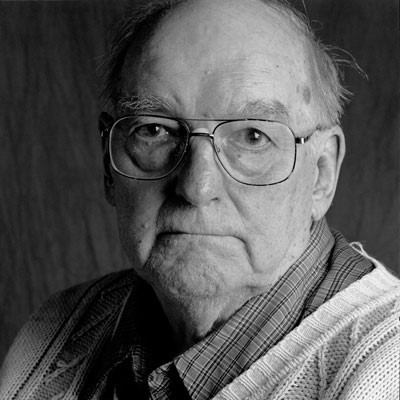 “Good Germans are being put to death in gas chambers,” read a headline in a Catholic periodical in 1945. Ralph Schulz recalls this news bulletin as the first he had heard of the atrocities against the Jews. ”

Because he could speak German, infantryman Ralph Schulz was sent to Germany in 1945 to assist US Army lawyers with the Nuremberg Trials. “My job overseas was to provide documents and evidence for the trials and particularly those being tried,” he says. He spoke to many survivors, and he was present during Hermann Goering’s trial

Goering, a senior Nazi official, had been responsible for giving the order to carry out the Final Solution, the plan for the total destruction of the Jews in Europe. Ralph recalls that Goering was delusional and thought the judge “and everyone there would just snap to attention, follow his orders, and accept his testimony.” Ralph says, “He [Goering] genuinely believed he had served the German people with honor.” Although he knows the survivors suffered at hearing Goering’s testimony, Ralph says that “there was healing for them, too…at being present as he was brought to justice.” He continues, “Goering wasn’t right. He was grasping for a rationale. Many were. But, it was a time for justice” Goering was found guilty on all counts but committed suicide in prison just hours before his scheduled hanging.

“The job was tough emotionally,” Ralph remembers. As he returned to the United States in March 1947, he carried the weight of all he had seen and heard at Nuremberg with him.