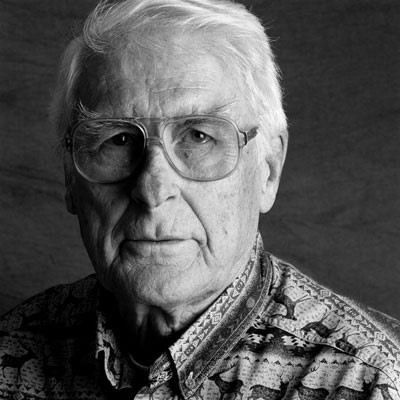 December 1: Raymond Sandvig was born on a farm near Baltic outside of Sioux Falls, South Dakota. He was born prematurely, but thanks to his aunt he thrived and grew to be a tall man. He was the youngest of three boys.

Ray went to Augustana College in Sioux Falls for three and a half years.

July: Ray signed up for cadet training in the Air Corps. The name soon changed to the United States Army Air Forces. They didn’t have the space to train him, so he went back to school for another year and a half.

May 23: Ray and others went to La Junta, Colorado for B-25 training, and there he got his commission. He stayed and taught Chinese cadets, who would become the Flying Tigers.

January: Second Lieutenant Sandvig flew with his crew to Columbia, South Carolina to pick a new plane, and then on to West Palm Beach, Florida. He knew that they were going to be sent overseas, but not where. He didn’t expect to come back. They landed in Puerto Rico; flew on to South America; and then to the Ascension Islands in the South Atlantic; through West Africa; across Central Africa to Khartoum; southern Arabia; and to Karachi, India.

March: Ray and his crew finally got their orders: go to Kunming, China, in the foothills of the Himalayas. They were then assigned to the 22nd Bomb Squadron, 341st Group. While he was stationed there, his first wife sent him a “Dear John” letter.

May: Ray was stationed at over 6,000 feet in elevation in the Himalayas. His crew fired on Hanoi, and then headed south to the Tonkin Gulf. They used an entire tank of gas for that mission, which took seven and a half hours.

Ray was sent to a military school at the Carlisle Barracks in Pennsylvania. He then was assigned to the Nuremberg Trials in Munich, Germany. He first worked as an administrative officer; then in public safety; then as a denazification officer; and finally as a liaison officer between military government and the war crime tribunal. At that point, the main trial was almost over.

Ray met a woman who turned in a former SS soldier. The man was hired by the U. S. military to attend political party meetings around Furst and Nuremberg to make sure that Nazism didn’t reappear. They sent his name to the Berlin Document Center, which showed that he was a top sergeant at the Oranienburg concentration camp near Berlin. He was also wanted by the Russians for war crimes. He had a false ID, like many of the SS, to avoid detection. Ray worked closely with the Nuremberg police, and found that many Germans were quick to denounce other Germans. Ray’s job then was to help General Telford Taylor encourage German civilians to attend the trial. That way the people would see that it was real and not a “set up.”

October 1: The main Nuremberg trial verdicts, acquittals, and sentencing occurred. There prisoners found out who would be hung and who would get life imprisonment. Twenty-two major German and Austrians war criminals were tried during eleven months of hearings at Nuremberg. Other tribunals throughout Europe would continue the work begun at Nuremberg, and a number of low-level officials were convicted, but many Nazis and Nazi collaborators were never brought to justice.

Ray was then involved with another trial, where he saw documents detailing Dr. Mengele’s experiments and what happened at the Ravensbrück Concentration Camp. He heard about the selection process by the doctors, in which they would take the children from their mothers. He heard about the experiments. One example was freezing people, and then attempting to bring them back to life. The experiments were brutal. He then was sent to Feuchtwangen to be the military governor. His first wife came to Europe to see him, but the relationship ended.

Ray returned to Sioux Falls and divorced his first wife. He had three months of school left. He began dating Barbara Matson, whom he had known in high school. Barbara was living in Chicago, but quit her job and came back to Sioux Falls. She worked as a home service director for Sioux Falls Gas and Electric. Ray moved to Watertown, South Dakota to become a teacher and a coach, but he was disabled, so he got a job with International Harvester and was transferred to Great Falls, Montana. By the spring, Ray married Barbara.