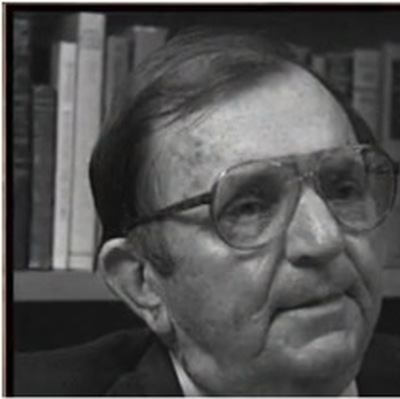 Reverend Bill Harris was born in Tennessee about 20 miles west of Nashville.

He was drafted into the United States Army. His basic training was in Fort Stewart, Georgia, then at Tennessee Maneuvers in Lebanon, Hartsville, and Cookeville, Tennessee.

His unit was shipped to England, and they stayed in a small town called Blackshaw Moore.

After waiting for several weeks in quarantine, they traveled to LaHara, France on an old ship named Christabel. After several days, the Battle of the Bulge started.

They were assigned to the First Army, but when the Germans cut communications, Bill’s unit was then assigned to the Third Army of General Patton. They stayed until the last march in Luxembourg.

Their next assignment outside of Luxembourg was protecting the pontoon bridges that the Third Army had put over the Rhine River.

From there they traveled to Frankfurt and then to Nuremberg, protecting Austria and providing supplies to fellow soldiers.

April 15 - During the night, a German concentration camp was captured.

The next morning, Generals Patton, Eisenhower, and Bradley all visited the concentration camp in Ohrdruf; they also ordered the soldiers to come to the camp.

Bill noticed the words on the gate that spelled out “Arbeit mach frei” meaning, “Work makes you free.” Bill noticed that the people in the barracks were staring out the windows, afraid. There were letters, A, B, C on the barracks, and it was explained to him that those strong enough to work were placed in A; when they grew weaker, they were moved to B. After C, if they could not work, they were taken to the gas chambers to be exterminated.

They later found a field covered in emaciated corpses and bodies in various stages of decomposition.

Bill witnessed the gas chambers with the ovens that were used to cremate the bodies. During his visit, Bill questioned the idea of forgiveness, despite being a Christian, since so many were tortured and left without any family.

Bill returned to Tennessee following the war but was haunted by what he experienced.He married Norma Jean Hall and made the decision to become a Methodist minister. He states in the transcript that his experiences during World War II influenced his decision to join the clergy.

Reverend Bill Harris returns to Europe to retrace his footsteps while he served in World War II.