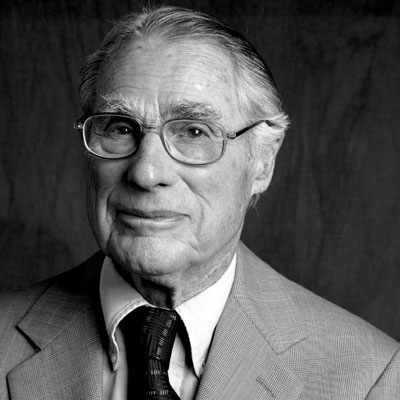 “We rode the jeep toward the barracks,” Robert Eisenstein recalls. “People were still there. They looked at us. We looked at them. Hollow.”

“We rode the jeep toward the barracks,” Robert Eisenstein recalls. “People were still there. They looked at us. We looked at them. Hollow.”

Bob shipped out in April 1943 as an officer in the American Army. He was Jewish but, like the majority of American soldiers, he was completely unprepared for what he saw two years later at Dachau. “We got some vague information from periodicals, but nothing official. We never heard any rumors-nothing about what was really going on in Europe.”

In May 1945, while headquartered at Fürstenfeldbruck airfield, Bob drove into Dachau accompanied by another soldier who spoke Yiddish. They were able to communicate with some inmates.

Bob says, “I can remember it clearly. All the houses in the town of Dachau had basements filled with different things. Some rooms had shoes, one had clothing, one had hair, and one had gold fillings.” He remembers the cages in which guards kept vicious dogs that could be unleashed on inmates standing in line for food. He noticed that the German officers’ quarters were neatly furnished. “I became sick, momentarily sick. How people could live so comfortably after doing these kinds of things to others…it was all just too much.”

Although Bob was in Dachau only four hours, the images from that visit are still vivid today. He says, “I became most affected by what I had seen” after returning home to Nashville. He realized that had it not been for an accident of geography, he and his family could have been among the Holocaust’s victims.