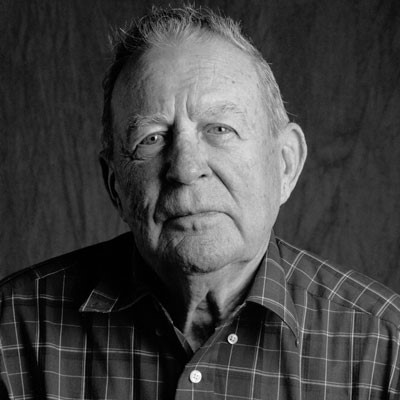 Robert worked in the photography business. Robert joined the U.S. Army; he was already married to his wife, Edna. His daughter Connie was born.

Robert was on vacation near Miami, Florida, when he was told he was shipping out. He was sent overseas during the Battle of the Bulge as an infantry replacement. He was assigned to the 3rd Army Division, 36th Infantry Regiment in the Signal Corps, performing highly classified radar work.

April 11: Robert and his division arrived in the bombed out city of Nordhausen, Germany. There they found the Dora-Mittelbau Concentration Camp, which was also a slave labor camp for the rocket factory. They saw hundreds of corpses lying everywhere side by side, among them some still living. The army’s tanks tore holes into the walls of the buildings, but there were no Nazi guards around. The survivors came running to meet them, knowing that they were saved. They looked like skeletons, just skin and bones. Robert was hungry from lack of rations, but when they saw the prisoners, the soldiers gave what little rations they had to them. They were so hungry that they ate the cigarettes as if they were candy. Robert thought that the prisoners were Russians and displaced persons, but later found out they were Jewish. Robert left with his division, and remembered, “The men in my outfit were so mad now that there was no way we could lose the war.” The infantry division that followed Robert’s division gave the liberated prisoners medical attention. April 12: President Franklin Delano Roosevelt died. Robert’s division continued under the command of General Maurice Rose, who was Jewish, to Berlin. General Rose was killed between Nordhausen and Paderborn. Because his letters home were censored, he didn’t tell his family about what happened at Nordhausen.

The war was over six weeks after Robert arrived in Europe. Because of his photography experience, after the war he was made division photographer; was issued a jeep and photography equipment; and traveled all over Europe, including Germany, Belgium, the Netherlands and France. In Germany, where the best photographic equipment in the world was made, they were making binoculars. He met high ranking German officers with cameras around their necks.

Robert kept a pocket diary recording all the events during the war in order to one day share it with his daughter, Connie.

Robert returned home to Nashville, Tennessee once the war was over to be with his wife, Edna. Robert worked as a photographer for a newspaper, the Nashville Banner for the next 30 years.

Years later, he told his wife and his daughter of what he saw. He was afraid they wouldn’t believe him, but they did.