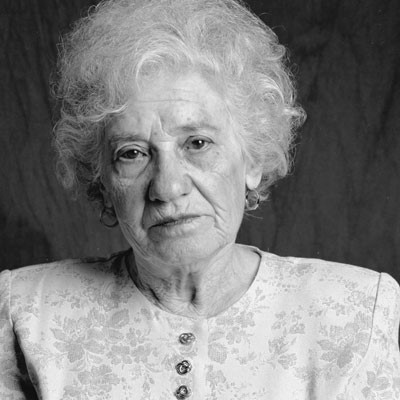 “It is too painful, too impossible to imagine what could be done to people…the torture, the humiliation, the starvation. It is just too much to imagine,” says Ruth Diamond, who has never spoken about her Holocaust experiences before.”

Ruth and her sister Helen were the only survivors of their family of six. The rest perished at Blizyn, a forced labor camp near Majdanek concentration camp. She says, “I lost my family that day. I lost them for nothing. It was Helen who kept me alive. Helen and I survived together. Helen was my sister…my best friend.” Of her time in the camp Ruth remembers, “I was working and that meant a bit more soup. I was with Helen, and we made airplane parts. It was okay. I had Helen.” Their focus was survival, she says. “We didn’t pray like some others did. I had nothing in the way of prayer. I just took it day by day.“

As the war ended, Ruth and Helen were transported to two other camps, finally arriving at Bergen-Belsen, where they were liberated by British troops. Ruth says, “We couldn’t believe it. I knew it was real when they opened the gates and we could walk through. We could finally eat again.”

Two years later, Ruth recounts, “I met Karl, got married, and moved to Memphis to be near his family. I never even told him what happened to me and Helen. It was just too painful to speak of. He was also a survivor; he understood.”