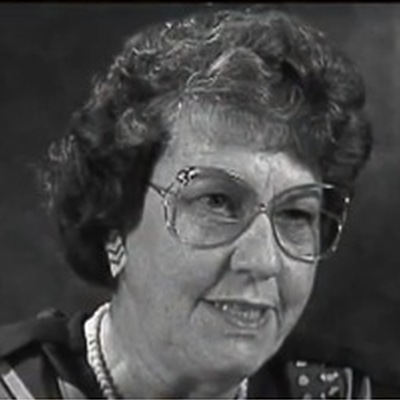 Feb 21: Terry Moses Freudenthal was born in Wolfenbüttel, Germany, a city with approximately 25 Jewish families. She grew up in a traditional Jewish home.

Terry was not allowed to attend school, the excuse being that she was underweight. In reality, anti-Semitism was already occurring.

At the age of 7, Terry was allowed to attend school in the first grade. She was the biggest student in the class. She was constantly bullied for being Jewish and for her size, despite being healthy and active. Stones were thrown at her, the teachers reprimanded Terry constantly, and she had only one loyal Gentile friend.

During this time, Gentiles were prohibited from patronizing Jewish businesses. Terry’s father owned a shoe shop and remained in business by doing trade through the back door, even with SS and Nazi soldiers. A buyer from Berlin offered to take the family store and sensing the changes that were coming, Terry’s father accepted.

Due to false accusations, Terry’s father was arrested several times by the German police. He always managed to get released and eventually obtained affidavits for the family to leave Germany. He went ahead of them, to Cologne, to find work.

After Terry’s father left, the German police repeatedly came to the house inquiring to his whereabouts. Soldiers eventually ransacked the house looking for valuables; however, they found nothing.

August 31: The family took the last ship that allowed them to bring personal belongings. Before leaving the country however, they each had to have a physical exam. Terry was told she had a curvature of spine and would not be able to leave the country, but her father bribed the examiner.

September 10: Terry’s family arrived in New York and her maternal uncle took them to his house for their first meal in America.

Soon after arriving in New York, both of Terry’s parents found work: her father cleaned floors at a bakery and her mother worked as a house cleaner.

Terry met her husband in New York. He had joined the army as soon as he immigrated and due to his language skills, worked with American Intelligence. As a member of the US Army, he was immediately naturalized.

Terry’s father found a job in a display house in New York and worked there for 25 years.

Terry and her husband moved to Nashville, Tennessee, where Curt’s cousin resided.

Terry Moses Freudenthal, widowed since the death of Curt in 1985, married Charles Lapidus, a Holocaust survivor.