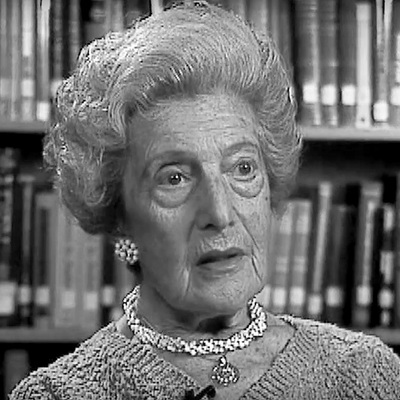 Tilla studied French and English in school; her friends preferred English and liked the English teacher, so she learned to speak English well.

Tilla began attending a business college located in Dortmund, Germany called the Höhere Han-delsschule to learn bookkeeping. She had a lung infection and went to Switzerland for a cure, then re-turned to Germany, where she worked in her father’s store in Witten.

Tilla was an early member of the Der Jüdische Kulturbund, a Jewish culture and music association which enabled Jewish performers and speakers to give performances and lectures in an increasingly segregated society.

The Nazis broke glass windows of Jewish businesses and homes. Tilla’s parents’ business windows were completely destroyed; they were later told by a Nazi commissioner that they must replace the glass; however, there was no glass left in town, and her parents were forced to buy it out of town, which turned out to be extremely expensive.

Tilla traveled with a friend to Cologne, Germany and noticed signs which said, “Forbidden for Jews” on many of the businesses, which prevented them from getting coffee or going to the movie theater.

Tilla met her future husband, Armando Starkand, a widower, who then acquired papers for her and his daughter to travel to Buenos Aires, Argentina.

The Nazis began rounding up Jewish men in Witten, Germany. Tilla’s father was taken to an unknown location for several days. When he returned, he had been badly beaten. He was taken to the hospital, because Tilla’s family felt it was safer for him there than at home.

Tilla worked as a nanny for a Jewish family in Krefeld, Germany, while Armando worked in Buenos Aires, Argentina.

Tilla traveled to Witten, Germany and then on to Hamburg, Germany where she awaited passage with her fiancée and his daughter for Buenos Aires.

Tilla, her fiancée, and his daughter departed Hamburg, Germany by boat for Buenos Aires, Argentina; the trip took 4 weeks. Tilla arrived in Buenos Aires and received word that her father had been deported and taken to a concentration camp in Brandenburg, Germany called Oranienburg.* Tilla worked to obtain papers to have her parents join her in Buenos Aires, Argentina. However, she was informed that she must be an Argentine resident for two years before she could apply for papers to have her family join her. Tilla and her husband hired a lawyer, paying as much as possible to retrieve her family. Finally, Tilla was reunited with her family in Argentina.

Tilla and her family decided to emigrate to the United States. Tilla went to Canada to get papers, be-cause of their quota, which allowed in German citizens. Tilla’s husband, originally from Poland, was able to emigrate because of the Polish citizen quotas.

Eventually, Tilla and her family moved to Nashville, Tennessee to begin a new business venture.

Tilla Starkand passed away at the age of 96.