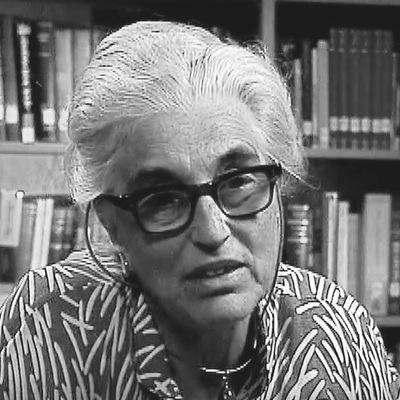 “I wasn’t afraid. I knew what I was doing was dangerous, but it didn’t affect me, because life wasn’t so good that it was so much to lose.”

“In the beginning, my parents lived in Nuremberg. My mother was a housewife and my father was trained as an engineer. His specialty was X-rays as they were just starting at that time.”

When her parents divorced, she stayed with her maternal grandparents in Nuremberg for a year. “My grandfather was an old man, and he looked very Jewish. He was confined to a wheelchair, and when I would walk outside with him, there were young people who would make ugly, funny remarks to him. I remember that he had a male nurse who was a German. He was very nice and said that it was horrible that the young people would do such a thing to a sick, old man. I was 11 or 12 years old, and this affected me and helped me make up my mind to do something about it and fight the cruelty.”

When Walburga’s mother remarried, they moved to Italy. It was there that she joined the partisans, because she wanted to do something. “We were in the mountains and would carry weapons and food and anything else that was useful to the resistance. We would carry secret messages in our mouths so that if we were stopped, we could swallow them quickly. At this time I was 15 or 16, and I wasn’t afraid. I knew what I was doing was dangerous, but it didn’t affect me, because life wasn’t so good that it was so much to lose.”

Walburga believes the whole world is guilty of what happened. In the beginning, the Jews could have left, but they had no place to go. Later, Hitler wouldn’t let them go, and the whole world helped him. He said, “Well, nobody wants them; everybody dislikes the Jews as much as I do,” and he could say this because that was the fact.