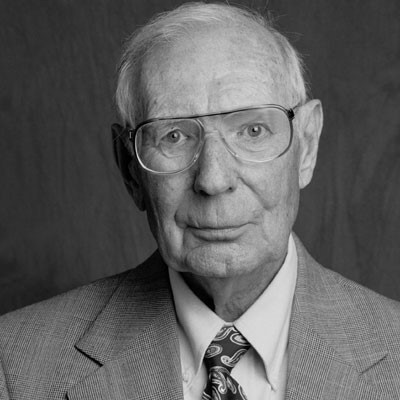 “I was hauling rock from one side to another. I looked up across the barbed wire and saw 27 deer running by,” recounts Wallace Carden. “I thought to myself, ‘That’s what freedom looks like.’”

Wallace was among the 350 American soldiers captured by the Germans during the Battle of the Bulge and sent from Bad Orb Prisoner-of-War Camp to Berga Slave Labor Camp because they “looked“ Jewish. For 69 days they were tortured, starved, and ordered to dig tunnels through solid rock for an underground fuel depot.

Daily they got an “old slice of bread and a cup of watery soup.” Wallace still has a pocketknife slipped to him by a sympathetic German. “When six of us had to break up the same tiny loaf of bread,” he says, “someone always wound up cheated. Maybe he thought it was the only way he could help.”

When the Nazis evacuated Berga, the prisoners were forced to march. “We walked for 15 hours a day,” Wallace remembers. “Some of us could barely stand. People just watched us as we moved through the towns. Some cried. Some just looked at us. It was as if they didn’t know what to do.” When the guards found a barn, he recalls, “we dropped right where we were standing and fell asleep.” One morning, the Nazis were gone. “I ran outside the barn and looked up the road,” he continues. “I saw American tanks coming and I began to run towards them. I kept falling down, I could barely make it but I got to our boys.” Wallace had lost one hundred pounds in two months of captivity. Seventy of his fellow soldiers had died.