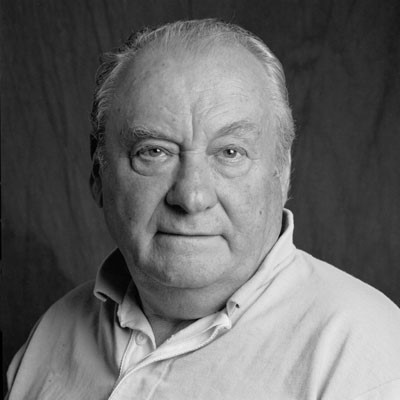 April 15: Yakov Kreymerman was born in Mogilev-Podolskiy, Ukraine. Yakov’s father was a bookkeeper. He had a brother and a sister.

Yakov’s sister, who was 10 years older, enlisted as a nurse for the Russian army. She served on a mobile army surgical hospital (MASH) unit.

Yakov’s father became a soldier for the Russian army. He was sent as far as Vienna, Austria, and to Budapest, Hungary, and then he was wounded and was sent back.

Yakov and his mother and younger brother fled to his grandmother’s home 30 kilometers from Mogilev-Podolskiy to Chernovtsy, because the German army was behind them moving through the city.

They were kicked out of his grandmother’s house by the German soldiers who moved in. His grandparents were religious / observant Jews. One of the soldiers grabbed a frying pan and started frying bacon in it. His grandmother tried to stop him and was almost shot. His family then moved into a farmhouse, which was like a barn, in the ghetto.

While in the ghetto, they were very hungry. They ate rotten potatoes and vegetables. The local people turned against them, and began robbing, raping and killing the Jews, as well as stealing from them. Yakov’s mother was beaten and abused by the local police.

As the regular German army left on the last day, they shot people in the ghetto. After the war, Yakov returned to Mogilev-Podolskiy, but his home was empty and everything was destroyed by the Germans and the local people.

Yakov’s sister returned from the war and was able to go back to the university and finish her college degree. She then worked as a teacher. She eventually moved to Beersheva, Israel.