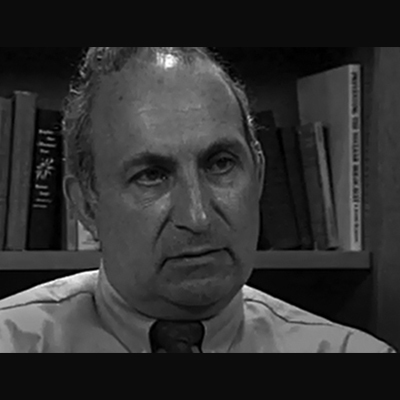 Charles Kahane has clear memories of being a child refugee in Southern France, and the “terrible” anti-Semitism he encountered in the schools there. Kahane and his family fled Belgium in 1940, after the Germans launched their attack on the country.  Prior to his experiences in France, he had no sense of his Jewish identity impacting his life. But in France, he experienced the full brunt of anti-Semitism. The only Jewish student in the school, he was taunted and called names.

Charles Kahane’s family made the decision to come to the United States in 1940. Charles was only six years of age, and despite being keenly aware of the fears and dangers around their situation, remembers the trip out of Antwerp as “an adventure.” Initially hesitant to flee the country because of his reluctance to leave his parents, Charles Kahane’s father was convinced to leave by other members of the Belgium-Jewish community.

The family’s incredible journey included difficulties obtaining visas to the United States. “You needed influence,” Kahane recalls, “If you didn’t have influence you were in bad shape.” The family’s situation was further complicated due to his father’s Polish birth certificate, which placed him under the Polish quota, while the rest of the family were considered Belgium citizens. Despite the difficulties, Kahane’s family never considered another country other than the United States, and with great determination managed to obtain the necessary visas to come to the United States, leaving behind family, friends and a fractured community that was never restored.

The family left for the United States on the day Pearl Harbor was bombed: December 7, 1941. Arriving in New York City, his father was able to establish himself in the diamond business, his profession in Europe. Kahane spent his childhood in New York City, and eventually settled in Nashville for an academic job at Vanderbilt. His time as a child refugee in France, and the anti-Semitism he encountered there remained vivid in his mind, and it had a lasting impact on his life. When he had children of his own, he carefully chose the schools they would attend in Nashville, because he didn’t want them to go through a similar experience.

“The kind of world we ought to be aiming for [is one] where people are comfortable with each other…Prejudice is a very dangerous thing,” says Kahane.