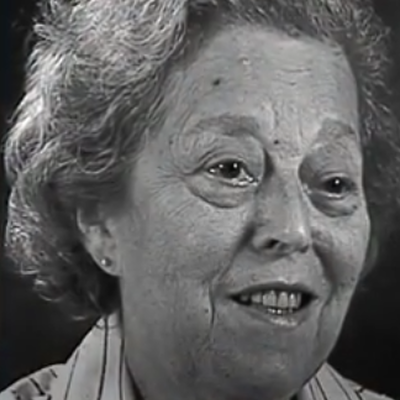 “The Jewish people were blamed for everything,” recalled Erna Preis. Her father was a World War I veteran, but that meant nothing when Hitler came to power in 1933. Armed men appeared in front of her father’s store telling people not to enter. The family had no record of problems with neighbors but stoked by the fires of Nazi propaganda, the hatred toward Jews quickly escalated. When Erna went to a dance with a Christian young man, she was ejected; she never heard from him again.”

“Friends” threatened to call the Erna’s family fascists and have them arrested. A farmer whom Erna’s father had helped told him that they should cut the throats of all Jews—and this farmer would help. Erna had four siblings; one had lost the power of speech and attended a school for children with special needs. Her younger brother perished in a fire deliberately set by Nazis that burnt the school building down with its residents inside.

Erna and her younger sister, Lily, decided to leave Germany for the United States. They contacted members of the May family in Nashville and in 1934 the girls arrived in the United States and moved in with Mortimer and Gertrude May. They attended the Watkins Institute Free Night School and worked for the May family business. In 1937 the rest of the Erna’s family arrived and began to slowly rebuild a normal life of school and work, starting from scratch. In 1940 Erna and Fritz Preis, a coal-yard worker, married.

Erna and her family remained in Nashville, where she died in 1991.