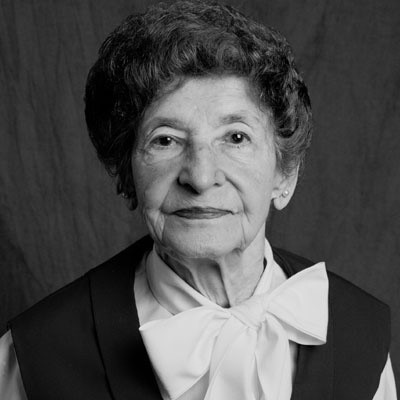 “My father left one Friday morning to get Shabbat candles and didn’t come back. He was rounded up with other Jews and locked into a synagogue. They were left there for hours and thought that they would be burned to death when the building was set on fire, but were finally released. I don’t know why. There is so much about this that I just can’t explain,” ponders Reva Oks.”

Reva grew up in a small town. In the summer of 1941 Nazi soldiers arrived and called all Jews out of their houses. Reva says, “They lined us up and forced us to stand for hours. My family was kept together on one side of the line.” Miraculously, they were let go. They went to Bialystok and hid in a Yeshiva, a former religious school.

Her parents then sent Reva and her sister to Russia to scout for places to live. Reva recalls, “My older sister thought we would never be able to return to Poland and wanted to go back.” Before they could return, Russian soldiers dispatched them to Siberia. Her parents and younger sister, living in a “safe” town near the Russian border, were shot and killed by Germans. In Siberia, Reva contracted malaria. She says, “We worked in a coal mine and it was very hard work. There was no food and it was bitter cold in the winter. We were sent into the surrounding forest to cut trees, which was worse.”

At war’s end, Reva and her sister wanted to return to Poland but found it impossible to do so. She met her future husband in Germany.