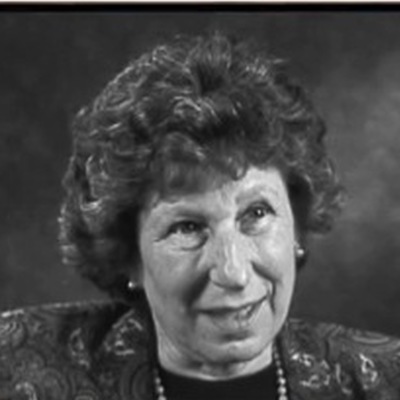 “… it makes a difference in your emotional health and growth to have this trauma happen when you are young. The stability of your home disrupted, and having to make an adjustment in a new country, with new friends, new school experiences, I think it must somehow make an impact. I’m not saying that it’s necessarily a negative impact, but I’m sure that’s what has molded me.”

Stephanie Freudenthal lived in Mannheim, Germany where her family ran a business until the laws began to restrict the life of the Jewish people.  Her brothers, although still teenagers, left for America.  The family that brought them over, the Wimpfheimers, also sponsored German Jews. Stephanie and her parents reunited with her brothers in New York in 1938, but the standard of living for the family was substantially lower than it was in Germany.  Her brothers worked to help support the family.

Stephanie found life in America different and difficult. However, she believed that being so young –only nine when she began school in New York–it was easier for her to adjust.  In 1947, Stephanie met her husband, Ernest, through her older brother. They had both emigrated from Mannheim, Germany, and they became friends and began to date. In 1948, Stephanie and Ernest were married at the Warwick Hotel in New York City. They later had two daughters together.

After coming to America, Stephanie’s Jewish religious education ended. Her family still observed the holidays, but her father believed that the Holocaust could not have happened and there still be a God. Stephanie was not raised in the synagogue and was never sent to a religious school. However, she felt that it was important to raise her daughters in the Jewish religion. Although she did not feel antisemitism in America, she did not think that it had died in the world. “…I don’t doubt that one day there’ll be antisemitism on the rise again.  We hope our children will never see that. That’s why I think we have to give them a strong feeling of identity, that they know who they are and that they’re aware.”