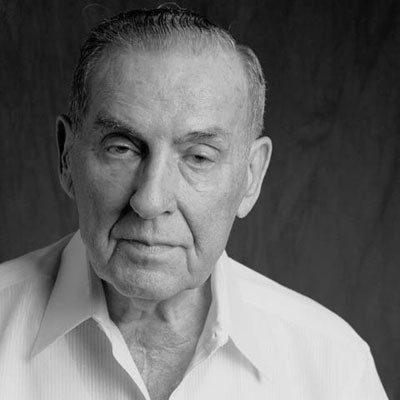 “It was so fast. They came in and all of a sudden everything changed,” says William Klein, recalling the March 1944 arrival of German soldiers in his Carpathian mountain town. Nineteen-year-old William, a competitive soccer player, lost his job. His Orthodox parents lost their home. Most of the town’s Jews were moved into a brick factory to await transport to Auschwitz Concentration Camp. ”

At Auschwitz, William was approached by a kapo (labor foreman) who asked, “Do you want to live?” He replied, “Of course!” “Then volunteer to get out of here,” the man said. William joined a forced labor battalion, bringing his twelve-year-old brother Sol along.

Assigned to ransack the abandoned Jewish ghetto in Warsaw, William says, “I was lucky. I went from house to house in a clean-up crew searching for valuables to be shipped back to Germany. When the SS wasn’t looking we often helped ourselves to things we found. One day I discovered twenty gold coins. I traded one for two loaves of bread.”

In January 1945, after a forced march to Dachau, William and Sol went to work at Muhldorf underground aircraft factory. When Allied troops advanced, prisoners were loaded onto railway cars. The train was bombed. The brothers escaped and hid in a ditch, then walked into a farmyard. “The farmer was a good man. He gave us food and clothes and told us that the German Army had left and the Americans were coming. William remembers, “A captain in the American Army liberated us.”

Back home, William located his sisters through the local police station. He traded a leather coat for their freedom.