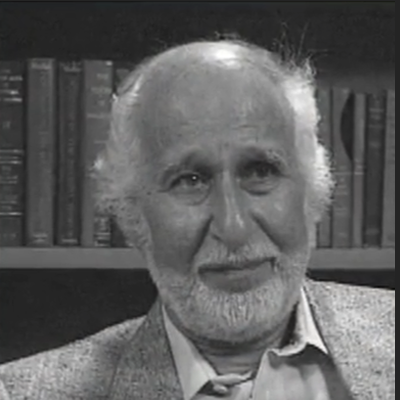 Before Hitler came to power, Ernest Freudenthal lived a fully integrated life in Mannheim, Germany. In 1933, however, life began to shift for the Jewish population. It was difficult to participate in trade or education. Because of the political climate change and his father’s death, the family moved to Frankfurt. Ernest realized that he would probably not be able to matriculate to a university in Germany. He decided to learn a trade, making it easier for him to immigrate to America. At age 15, he took a job at a clothing factory, which helped to support the family.

Mortimer May, a distant relative from America, visited Germany, and Ernest told him that he really wanted to immigrate to America. Mortimer sent Ernest an affidavit, and in the spring of 1937, Ernest left Germany. However, it was for economic and academic reasons rather than in anticipation of the war.  He stayed in New York for about two weeks and then traveled on to Nashville. He worked in the May Hosiery Mills and housing was provided for him. In 1939, his mother came to Nashville from Germany, and she also worked at the May Hosiery Mills for a time. Finally, in 1941, Ernest’s grandmother was able to emigrate from Germany to Nashville; however, it had become much more difficult by this time. She had to have an account with $5,000 in it before she was allowed to immigrate to America.

Ernest missed many of the cultural events that had been part of his life in Germany, such as the theatre, the opera, and soccer. He gradually adjusted to his new home, and he even tried to learn American sports such as baseball and football. When asked about how he felt being in America, Ernest was quick to speak of his love for his new home: “I loved it…I loved it from the minute I set foot in the New York harbor…I loved everything, milk shakes, subway rides. It was great. And we didn’t have any money, but we didn’t need much money. And so, it took me no time at all and I soaked up American culture. I just loved it.”